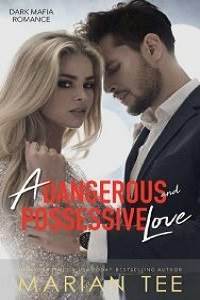 The heckling started as soon as the thirteen-year-old boy stepped out of the limousine. Black-haired, green-eyed, and bronze skinned, he was a complete contrast to the dignified-looking British couple accompanying him.

“Send him back to hell,” someone in the crowd shouted.

Bloodthirsty reporters snapped as many photos as they can, with the less ethical of them even feeding the crowd’s aggression as they began loudly throwing questions at the newcomers.

The sound of angrily spewed curses and insults hurled at the boy faded as he and his foster parents crossed the threshold of The Old Bailey. Uniformed guards immediately barred spectators from entering, but the rest of the media only had to present their badges to gain admittance.

They stalked the trio, their endless stream of questions only meant to provoke any of their targets into answering. Their objective was simple, and it wasn’t the truth they wanted. Instead, they craved anything sensational, and they were willing to cross all lines of decency to make it happen.

“Do you think it’s morally right to harbor a criminal’s offspring when thousands other innocent children die every minute?”

“Is this how you want the world to be, Lord Malcolm? Red carpet treatment for rich folks, and children with questionable lineage and connections are able to acquire British citizenship just because their parents took the right people as hostages?”

“Won’t this send the wrong message to criminals? Evil acts are rewarded, and children who may have already been permanently brainwashed are taken in without question?”

More questions followed, but they were silenced the moment the doors of the courtroom closed behind Lord and Lady Malcolm and the boy.

Lady Malcolm bent down, anxiously checking her son’s face. “Are you alright?”

Lord Malcolm ruffled his son’s head, saying gruffly, “Remember, we’re behind you all the way.”

The formal tone made the normally mild-mannered Payton want to punch someone’s face. Reid had been living with them for over five years, but even now the guarded look in his green eyes remained, and he knew that it was the boy’s way of protecting himself. Life had taught Reid that at any moment, his life could change, and whatever happiness he enjoyed could be taken away by those with greater strength – or evil.

Lord and Lady Malcolm took their place in the front row while making sure to keep their son between them.

Adoption should have been a simple process, Enid Malcolm thought painfully, and yet because there were too many unhappy people in the world, their child had to be subjected to a trial by publicity.

Enid kissed her son’s head. “Remember what I told you.”

Her heart squeezed. “You made a joke.” She wanted to cry. He had never made a joke in the past. Never.

He whispered under his breath, “I wouldn’t have if I had known it would make you cry.”

As she sniffed her tears back, her son said quietly, “No matter what, Mother, thank you.”

She pinched his cheeks, the first time she had ever done so, and Reid’s eyes widened slightly in surprise. “That will teach you, trying to act more mature than your mother. How terribly impolite, and to think I thought I taught you better.”

Releasing his cheeks, she gave her son a watery smile. “I love you, son. No matter what, your father and I will never let go of you. Never.”

She wanted to say so much more, but the judge had arrived, and there was no more time.

Sooner than later, what she dreaded came to be, and Reid’s request to make his own appeal in front of the court was heard. It wasn’t that she didn’t trust her boy, but she also knew that he could look so cold and hard sometimes, it was unlikely he would win anyone’s hearts. There was also the fact that he was his late father’s spitting image, and for those who had died under Rodrigo Chalkias’ hands, that was never a good thing.

Heart in her throat, she watched Reid enter the box and take the witness stand. Afterwards, he glanced at the judge, surprising both Enid and Payton when he asked the judge, “Your Honor, may I remain on my feet while I speak?”

As the judge considered the request, Enid glanced at her husband. “What do you think he’s planning? D-do you know about this?”

He slowly shook his head, both of them thinking the same thing. If this was something that Reid had prepared on his own, then it could make or break his case. And if their boy ended up saying the wrong thing—-

He was just thirteen years old, damn them. Enid’s strength left her at the thought of what could happen, and she leaned against Payton for support. “I’m so scared,” she admitted shakily.