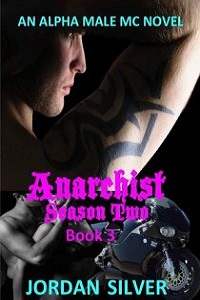 “Well shit!” I heard her screams as I paced back and forth outside the closed bedroom door. Everyone else on the ranch was either outside in the yard or in my living room waiting for news, except my brother Kyle, my cousin Travis, and my friends Brand and Clay who were leaning against the wall across from the door watching me.

I felt like an extra in a bad Western movie or some shit. If it were not bad enough that Dana Sue had gone into labor damn near in the middle of the night, she’d also have to choose a night when it was hotter than hell and I’d been out on one of my seek and destroy missions.

It’s sheer luck that I’d made it back in time to be here for her when she needs me, only now Doc Sommers and her old ass refused to let me into the room. Barred from my own fucking bedroom, ain’t this a bitch.

All the other women were in there holding her hand but me the husband and father had been relegated to pacing the hallway. Apparently I was making a nuisance of myself.

Not sure what she wanted from me. It’s not easy seeing the woman I love in pain and so what if I lost my shit a time or two? That’s normal isn’t it? I guess threatening to drag the kid out myself if he took too long was going a bit too far for her highfaluting standards or some shit.

Whatever the reason she’d sent my ass packing and now I’m left out here to imagine the worst. Every time Dana Sue screamed my gut dropped and I moved closer to the door ready to break the shit down.

“Dana Sue!” Damn that last scream sounded like she was being ripped in two. Ginger Lee opened the door a crack and glared at me. “She’s fine Law.” She hissed and I tried to see over her head. All that was missing was a Stetson in my hand and I’d be the star in an old black and white oater.

“One more of those and I’m coming in.” I threatened. She hissed and slammed the door in my face. “Clay I’ma strangle your woman swear to fuck.” I raised my hand to bang down the shit.

“Would you come and sit down? You’re making the rest of us restless.”

“We’ve been through this shit before what’s the matter? You said doc was the woman for the job now let her do her thing.” The other fucks in the room nodded their agreement but I noticed their faces were almost as white as mine.

It’s true that in the last few months we’ve had more than our fair share of births around here both human and animal, but none of that matters when it’s your kid being born into the world.

I thought I was ready, I’d done everything to prepare for this day but now that we were at crunch time I couldn’t remember shit. This was worse than staking out some asshole in the desert waiting to get a bead on him with un-friendlies circling you in the background.

It’s been a hell of a year what with chasing down assholes halfway across the world and trying to flush out one homegrown fuckwit who’d only just poked his head out of his hidey hole, and I’m all the way beat.

We had to put a lot of shit on hold once we came back from Lyon’s place after his kid got snatched, not long after having to deal with the fallout from our little run in the desert. I was hoping that since we’d taken care of Khalil and his shit I’d be able to take a break, but no dice.

I still had the asshole hater in chief in my backyard and since I couldn’t hold him indefinitely with all this other shit going on, I’d had to let him go. I got what I needed out of him anyway, which had helped to clean up some but not all of the trafficking fucks in my neck of the woods. That shit is a work in progress.

But it had been decided that maybe it was best for all concerned if he wasn’t here when his granddaughter did her big reveal. Fucker might drop dead of a heart attack, which would be perfect if you ask me. But Brand had asked me to do it for his girl.

I’d warned him to get as far away from my vision as possible, knowing that the sheriff wasn’t going to do anything about him, and he’d gone off the radar. I didn’t fool myself into thinking that that was the last we’d seen of him though.

We still have his daughter and granddaughter and men like him, who think they own women, don’t just walk away because you tell them to. Which brought another problem to mind, my in-laws.