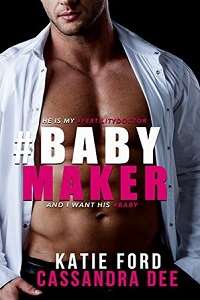 I hesitantly step into the fertility clinic with my friend Ashley.

“Don’t worry,” says my friend airily. “No one knows that we don’t have any money. You can’t tell just by looking at someone how much they’re worth, silly.”

I nod, trying to look confident. But it’s hard because the ads online said that we could get fertility treatments for as little as three thousand per round of IVF. It was a “special deal” that was only going to be good for a few weeks.

But three thousand is way out of my range because as a secretary at a small accounting firm, I can’t afford that kind of money. I can’t afford even two hundred bucks, to be honest. Between rent, food, and kibble for my cat, there’s not a lot left over most months.

But I’ve wanted to be a mom for so long, and unfortunately, Sunset Medical was the only realistic option on my horizon. My last two relationships went ker-SPLAT! on hot cement. After they were over, there was egg on my face but not a lot of doubt as to what I needed to do next.

So when I saw the ad online, I was immediately on the phone with my best friend Ashley.

“Ash,” I said. “We’ve gotta go to this information session. There’s no time to wait. We’re getting older, and you know what the medical community says. Women are most fertile at age seventeen, and you and I are twenty-five already.”

I could almost hear Ashley making a face on the other end.

“Connie, relax,” she says soothingly. “Twenty-five is hardly over the hill. Isn’t the Duchess of Wales pregnant right now? And she’s thirty-two or something ancient like that.”

That only made my blood pressure go up.

“First, the Duchess of Wales is only thirty-one,” I said frostily. “Second, Kate Middleton is pregnant with her third child, and not her first, so she’s a proven commodity. Last, Kate Middleton is rich as fuck! She can afford multiple rounds of IVF if that’s what it takes, whereas you know we can’t spare a dime. So we need to go to this info session,” I say firmly. “We have to cover our bases before it’s too late.”

Ashley sighs dramatically on the other side.

“Of course it’s free!” I sputter. “It’s an information session where they tell you about their services. In fact, I bet they serve free cake and cookies just to get more guests.”

I can hear Ashley thinking, but I know what the answer’s going to be. After all, my best friend is just like me. We went to college, but somehow we weren’t able to land good jobs after getting our diplomas. So Ashley’s scraping by on a minimum wage retail job at the mall, and the lure of free food drew her in.

“Okay,” she said magnanimously. “When is it again?”

“This Thursday,” I said with a sigh of relief. “It’s just a quick go-see. Afterwards, we can swing by and then head to my place for pizza and wine. Or soda, if they the doctors say we shouldn’t drink.”

Ashley lets out another dramatic sigh.

“Okay, but I’m not staying a minute past eight,” she says in a bossy tone. “We’ve got better things to do. And Connie, you know you’re not old. Twenty-five is not over the hill. We don’t need the services of a fertility clinic.”

Biting my lip, I thanked her gratefully and hung up, but my thoughts were in a darker place. Because I wasn’t so sure about her statement. How did my blonde friend know that I didn’t need to see a doctor? I’ve certainly never been pregnant before, so how could that be proof one way or another?

Plus, the boys that I dated in the past left a lot to be desired. I’ve only had two boyfriends, and both of them were terrible. Like hold-your-nose-while-vomiting-in-the-toilet terrible. Timmy Smith had been cute, but he couldn’t get it up. We tried a couple times, and he sweated and huffed mightily. But after five attempts, it was clear he wasn’t going to be able to deliver.

Mike Macchio was even worse. This guy talked a big game, but when we were in bed, he had a pathetic case of limp dick. His Big Man on Campus, football player persona was all a lie. When it came down to sexy times, the guy had a pecker as big as my little finger that wouldn’t harden despite my best efforts.

So the fertility clinic it was. After all, the two failures make me doubt myself sometimes. What are the chances that two guys in their twenties would both experience erectile dysfunction when it came to hitting the sack? Was there something about me? Was I causing it? That’s where Sunset Medical came in.

Advertised as the best of the best, the clinic had received five star ratings from the medical board for the last five years straight. And leading the team was their head physician, Chase Roman. Dr. Roman was a reproductive specialist who’d allegedly helped hundreds of women get pregnant and deliver healthy, cooing babies.