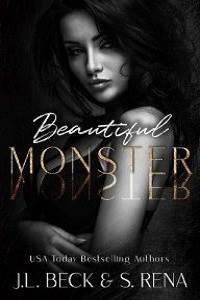 Eavesdropping is never an acceptable act. At least, that’s what my father has always told me. But what am I supposed to do when he doesn’t tell me anything?

All the secrets. The whispers and conversations that end the moment I enter a room.

If I want to know something around here, this is the only way to make that happen. I lurk in the distance, listening in on every discussion. He says I’m not ready, that I’ll need to prove that I can handle what it means to be a Russo before he lets me in on things. Yet I’m months past my fourteenth birthday, and he still treats me like a kid.

I’m not a fucking kid, and one day, I will make sure he knows it.

“E sei sicuro che questa sia la strada che vuoi intraprendere?” And you’re sure this is the route you want to take? my father says while tugging his pants legs up and then sitting behind his desk.

I stand in the hall on the other side of the door, watching him through the slit between the wall and the hinges. It’s late, and most of the staff have retreated to their quarters. The lights are out except for what shines in from the moon and many lamp posts around the property.

From this angle, I can't see who is in my father’s office, but by the soft timbre of her voice, I know it’s a woman.

“Marco ha chiesto questo.” Marco asked for this. she says, and when she inches a little to the right, I can finally see who it is.

My father stares at her for a moment, contemplating her offer. I observe his features and can sense that he’s interested. I should be surprised, but Samuele Russo is a greedy man, and we’ve been at war with the Guilianis for as long as I can remember.

I didn’t catch the entirety of the conversation, just the end, and apparently, we’re joining forces. What does that mean for our families? Why isn’t Marco here to make this deal?

“Va bene. Ma chiariamo una cosa.” All right. But let’s get one thing clear. Samuele leans forward, resting his elbows on the desk and boring his sight into the woman.

She’s nervous if the stiff roll of her shoulders is any indication. Something is off about this, but I can’t quite put my finger on it. Why now, after all these years, is my father entertaining this?

“Finché manterrai la tua parte dell'accordo, non avremo nulla di cui preoccuparci.” As long as you keep your end of the deal, we won’t have anything to worry about.

“Dipenderà da te.” That’ll be up to you. The woman grabs her person from the corner of the desk and slowly turns toward the door.

My father is up on his feet and rounding his desk a second later. “Piacere di fare affari con lei, signora Giuliani. Devo dire che questa offerta non poteva arrivare in un momento migliore.” Pleasure doing business with you, Mrs. Guiliani. I must say, this offer couldn’t have come at a better time.

Samuele laughs, his thick bravado echoing through the hall. The two inch toward the exit, and I scurry away so as not to be seen. Curiosity stirs inside me, and I find myself needing to make sense of what’s going on.

Our families have hated each other for ages, yet Marco sent his wife here in the middle of the night. For what—a truce?

As they leave the office and head toward the front of the house, I hide around the corner, peeking around the wall until she’s gone. My father stands with his back against the floor-to-ceiling door and digs his phone from his pocket. After undoubtedly punching in the number to Carlo, his underboss, he brings the receiver to his ear.

Something about the deal intrigued me. It’s been days since that woman left our estate, and I haven’t been able to get the whole ordeal out of my mind. I also knew that asking my father to fill me in would be pointless. Besides, that would let him know I was snooping.

Instead, I decided to figure out for myself what it’s all about. My father thinks I’m too young to understand, too naïve, but the truth is, I see and know more than he thinks. After years of watching in the distance, I can recite every plan of attack or pinpoint the flaws in the plans he’s too proud to admit he has.