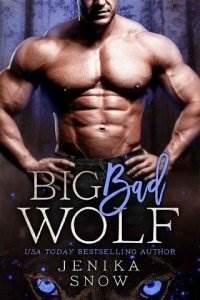 “Are you going through some kind of crisis?”

I closed my eyes as my parents' words reverberated in my head. After a moment, I reopened them and stared out the little airplane window.

Apparently, quitting your shitty job to pack up and leave for an undetermined amount of time and flying across the ocean to first sightsee through another continent before settling in a tiny Eastern European village in the middle of nowhere was now what constituted someone being mentally unstable. At least in my parents’ eyes.

God, I hate the window seat, I thought ideally, bitching at no one yet feeling like the idiot my mother called me right before I left for the airport.

But when you do a spur of the moment thing like—oh, I don't know—empty out your savings, quit your job, and fly across the world for a little adventure, beggars can’t be choosers.

I rubbed my eyes, dropped my hands to my lap, and saw the flight attendant start to come by. After calling her over, I gave an awkward smile to the person in the center seat, since I had to lean toward them in order to be heard.

The flight attendant smiled and nodded before leaving. After giving my center seat neighbor another forced smile, which got me an equally tight—and very annoyed—grimace in return, I focused out the window again.

Before long, the flight attendant was coming back with my Bloody Mary. I didn’t even care for alcohol all that much, and didn’t like tomato juice either, but hell, since I was in the mind frame recently of doing things out of character, I just went with it.

First stop was landing in London. I planned on sightseeing for a couple of days before taking the Eurostar to Paris and checking out the catacombs. After that, a few more stops—Germany, Hungary, Poland. Then I’d end my little “vacation” as I headed east and settled on a tiny Romanian village nestled in the Carpathian Mountains.

Sounded pretty cut and dry to me, and despite trying to act like this was the best idea in the world... I was terrified.

But I’d been at a point in my life where everything else seemed lost. It felt as though I was running around in a circle, taking four left turns and always ending up at the same spot.

If all else failed and this trip turned out to be the worst idea ever, at least I’d have experienced a little more in life.

And that couldn’t be so wrong, right?

My beast roamed within me, a terrifying creature that could claw a vehicle in half, take down any living thing that stood in its way, and gave me immense power.

I was a Lycan, one of the many supernatural creatures that inhabited the earth, my very existence known only to some. It was better—easier—to stay hidden, to not let humans know what I was. The weaker species feared too much, discriminated all, and were dangerous not only to themselves, but to anything they didn’t understand.

I stalked the thick Carpathian Montane Conifer Forest, the wilderness my home more than the castle in which I resided in my human form.

I built the castle centuries ago when I branched off from my family, started my own life, and started the lifelong search for my mate when I hit my adult years. To humans, I was nothing but a mere man—wealthy, isolated, reclusive... dangerous. That’s what villagers would say when they heard my name.

It was safer to let them think I was dangerous, that my arrogance afforded me an air of authority and aristocracy. Let them believe my wealth was passed down from ancestors. For if they ever found out I was a three-hundred-year-old Lycan shifter—able to shift into a horse-sized wolf—they’d hunt me down with torches and axes.

They wouldn’t succeed, of course. I could level anyone and anything that threatened me or mine.

That lone word meant more than anything else... and not something I had for myself. And for the last three centuries, I’d been searching for my mate, hoping against all odds that my Lycan instincts would lead my Linked Mate—the one female who was born to be mine—to me.

I didn’t know her name. Didn’t know what she looked like, sounded like, or if she was even on this continent. But I searched these woods every night, went from village to village, town to city, hoping my Lycan Instinct would somehow scent my mate, that I’d smell her and feel that Link between a Lycan and his mate, that supernatural connection that only a shifter had with his female, tying us together forever.