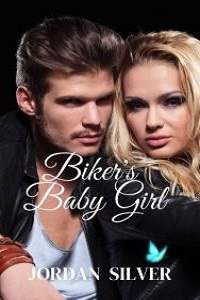 Three days and counting! I looked at the little calendar I kept on my phone for this one purpose with a smirk. Almost there thank fuck. The last six months had been the hardest, though it seemed like I’d been staring at this thing for the whole two and a half years or so since I started the countdown.

I’m kinda surprised I made it; half the time shit had been touch and go. There were nights when my need was so strong I almost lost my fucking mind.

In the beginning I’d tried losing myself in other things, but that shit only went so far to leashing the beast. He knew who he wanted and there were no substitutes.

I opened my wallet and studied the little dog eared image I kept there. My heart did its usual pitter-patter bullshit, and I was pleased to note that it no longer freaked me the fuck out. I was getting used to being owned by her.

Damn, if my crew knew about this shit they’d laugh their asses off. There’s always been speculation about my indifference to the women who threw themselves at me, especially here of late.

No one knew that the badass biker king had given up his Cut so to speak, to a little half pint female no less. And the funniest part is that she has no idea. All that’s about to change in the next few days though, and my dick can’t wait to feel all that tightness.

She’d better be fucking tight. Of course she is, she’s my good girl, my babygirl. I laid my head back against the chair as I pictured her beneath me. There was no sense in trying to curb my thoughts; they always came back here.

I could almost imagine the feel of her skin, the taste of her pink lips. Did she still have that cherry flavored smell? In my mind I saw her much tinier form dwarfed by mine as I took her in my king-sized bed.

I could feel the tightness of her virgin pussy as it wrapped around my cock, sucking me in, milking me. “Shit.”

I pressed down on my cock when it started to grow behind my zipper. No fucking way, I was saving this all for her. I tried talking myself down, pulling myself back from the brink.

Fuck. I had to stand so the blood could flow to where it was needed in my dick. This always happens when I think of that first fuck, that first taste.

As much as she has me twisted, she’d better be cherry, there had better be blood at the end of my dick when I breech her for the first time, or her little ass will pay the price.

My phone rang in the middle of my mini meltdown and I answered it absently. “Soon babygirl.” I kissed the plastic like the sap I’d become before putting it away again. “Yo.”

“Max, I have to be out, got a little situation just came up.” I hung up before my second in command could answer. He didn't have any choice in the matter but to hold shit down until I got back anyway.

I threw some gear in my saddlebag and headed out of my place with a determined stride. I had my open carry on my hip and a concealed around my ankle. My Bowie was in my back and I had backup in my cache, so I was good to go.

If I get pulled over anywhere between here and my destination, the cops could go fuck themselves. Wasn’t a one of them I couldn’t outrun anyway. It might be legal to carry, but some shit just wasn’t made for the streets, or so they say.

I was in a killing mood after that phone-call, but no one would be the wiser. That’s part of my M.O. never let a motherfucker see you coming.

Though I wasn’t breaking a sweat about what I was heading into; I never do, I can hold my own. But I was a little out of sorts because of her, the female I was going to rescue.

I didn’t want our first meeting in more than two years to be like this. I had plans all laid out, had been working that shit out in my head for the better part of the last few months, and now this.

I switched gears in my head and looked ahead to when this shit was behind us, to after I’d handled what I needed to.

I was purposely keeping my mind from drifting too far off into what I was gonna find at the end of this ride. For one, there was nothing I could do before I get there, and for another, I was too fucking pissed to think.

I hopped on my ride and rode out alone. Not something I usually do, not since I formed the crew a few years ago. But I didn’t want to waste the time it would take for the crew to mount up. The sooner I get to her and assess the situation, the better for all involved.