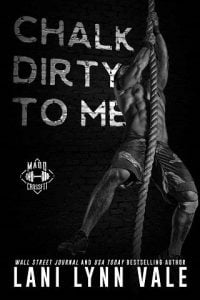 The hole in a guitar is traditionally used to store soft cheeses and dried meats which are fed to the drummer when he does a good job.

-Text from Will to Cannel

“So you have the entire summer to yourself, kid free?”

My partner, Brianna, looked at me with such excitement that it was hard not to feel my heartbeat speed up at the sight.

I was a detective for Paris Police Department, and I had a really big fucking problem.

I had a crush on my fucking partner.

A big, flaming crush that was stupid, reckless, and honestly a bit embarrassing.

She was ten years older than me, and I swear to God, she treated me like a child half the time.

But I had a feeling that my feelings were returned.

“I do,” I confirmed. “My nieces are going with my parents for the summer as they cruise around the world in their new luxury RV. I expect to hear from them in about two weeks asking me to come get them.”

“Your parents are good with them, so I doubt that’ll happen,” she disagreed.

I wasn’t so sure.

My parents were good with their grandkids, sure. But the two kids, Petra and Ashlie, my nieces, were wild. They had always been wild.

My parents were partially responsible for that since they spent half the time raising them with me.

Their parents, my sister and her husband, had died in a wreck when they were very young. I’d spent the rest of my time raising them part time with my parents, and used to be my other sister, before she’d decided that it was too much work for her young heart to handle.

That, and my sister, Nivea, found out that it was easier to pick up men without two kids in tow. That was after her time in rehab, of course. Though, that wasn’t to say that she didn’t give me a damn hard time whenever she felt like it.

At least, until I took her to court.

“Where is your head at right now?” Brianna asked.

I grumbled under my breath as I jerked my head toward the hospital entrance. “You ready?”

She rolled her eyes at my evasion, not bothering to hide her irritation.

That was, likely, the reason she hesitated when it came to me and what she felt. We both had our reasons for hiding our feelings, but she was fresh off a failed twenty-year relationship and didn’t like when I didn’t immediately tell her what was wrong.

Not that I blamed her for not liking my caginess.

But I didn’t like the way it felt when she psychoanalyzed me.

She didn’t need to fix me.

“Who are we talking to again?” she asked.

My breath literally left me at the sight of the woman standing by the ER entrance.

She was tall, all right. But not overly tall. About five foot eight, which was about eight inches shorter than me, and willowy.

But damn if she didn’t know how to fill out a pair of joggers.

At least, I thought they were joggers.

But upon getting closer, I realized that they were scrubs made to fit like joggers.

And the white tennis shoes she was wearing were beautiful against the slice of pale golden skin at her ankle.

As I studied the beautiful woman, I wondered what nationality she was.

I couldn’t place it.

I blinked, surprised to hear that husky, sexy voice answering the question that I knew for sure I didn’t ask aloud.

My brows lifted as if to say, “Did I ask that?” and she flushed.

“You were looking at me as if you were curious what my nationality was.” She hesitated. “Are you Detective Schultz and Detective Panacherie?”

I swallowed hard and nodded, feeling like I had an apple lodged in my throat.

“That’s us,” Brianna said, sounding miffed. “You are allowed to talk?”

She narrowed her eyes. “I’m always allowed to speak. I just have to worry about HIPAA violations unless you actually have a need for me to talk to you. I can’t just speak about a patient in passing because I feel like it. That breaks the law.”

I could tell that answer pissed Brianna off, and knowing she was about to start acting like a shrew with the poor woman who obviously did her job well, I broke into the silence. “Is there a place that we can speak privately?”

Brianna shifted beside me when she started to realize that Cannel wasn’t going to look or talk to her.

“I’m going to grab some coffee for us.” Brianna touched my shoulder, and I saw the way Cannel’s gaze narrowed on that touch. “Your regular?”

I nodded once, and Brianna disappeared into the hospital to the floor that held the coffee cart.