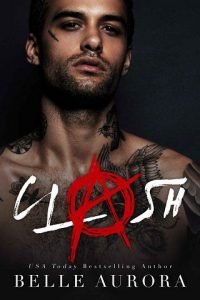 A Total Eclipse of the Heart.

The smile on my face softened as I slowly waltzed through the kitchen, mopping as I went and humming along to Paul Anka. He was playing on the record player, and something about the light crackle behind the music took me back to another time.

“Put Your Head on my Shoulder” was a dear favorite of mine. We didn’t own a radio. Nanna said the songs of this generation gave her a headache and I understood that. Whenever I got the chance to hear something new at the mall, it confused me. Half the time, the songs were too loud, too brash, and made it seem like calling women bitches was a thing of romance.

So Paul Anka continued to play in our household, which was fine with me. The songs of the era were terribly romantic, and I was a fan of romance in all forms.

The mop glided over the tiled floor and I closed my eyes imagining a handsome boy chasing me down just to give me a flower and tell me I was beautiful.

I wondered what it would be like to fall in love for real.

My body jolted lightly when the shrill call of the phone as it rang broke me out of my stupor. Pausing mid-step, my eyes glanced over to the digital clock on the oven. Pushing my glasses up higher on the bridge of my nose, I saw the time and a frown pulled at my lips.

It was getting late. Nanna should’ve been back by now.

The phone continued to ring, and I set the mop aside, wiping my hands on my jeans. Pushing aside the sudden anxiety I felt, I answered it. “Hello?”

“Is this Emily Aldrich?”

The woman on the other line sounded stern. “Y-yes, it is. Who may I ask is calling?”

“This is Susan Kelly. I’m an officer of the Pasadena Police Department.”

My heart stopped but “Put Your Head on my Shoulder” continued to play.

I listened to what she was saying, but it was hard to hear much over the sudden pounding in my head.

“Are you still there?”

I cleared my throat, and all but croaked out, “I am.”

The officer sounded sympathetic. “We’re going to need you to come down to the station, Emily.”

Paul Anka’s crooning had swiftly faded into the background.

My voice was little over a whisper. “Okay.”

“Just up here,” I pointed out, and when the car stopped, I rushed out, “Thanks, Jim. We shouldn’t be long.”

My heart began to race the moment I stepped inside the police department. Scanning my surroundings, I panicked when I didn’t see Nanna anywhere. My cheeks were flushed with worry and my pace began to quicken. Jogging up to the reception, I swallowed hard, then uttered a frantic, “Hi, I’m here for my nanna, Fay Aldrich.”

The officer behind the counter looked down at me. “Emily?”

“Of course.” I removed my backpack, put it on the floor, and started to dig through it with shaking hands. Finally, I had the small plastic-covered student I.D. in my hands and I shoved it through the slot. The officer picked it up and studied it before sliding it back and opening a side door for me. “I’m Officer Kelly. We spoke on the phone. Come on through.”

I did as she asked, but my voice wavered. “Where is she? Is she okay?”

“She’s in the back, and she’s okay apart from the nice bump on her temple.” At my look of sheer horror, she smiled kindly. “I’ve had her looked over. She’s fine, really. She just took a fall.”

“I still don’t understand.” My brow lowered. “Where did you say you found her?”

“North of the freeway.”

My heart stuttered. It didn’t make sense. That was not a good area. It was also way off from where she should’ve been.

Officer Kelly opened a closed door and the second I saw my Nanna, a small spark of relief settled through me. I rushed into the room, dropping my backpack and moving to kneel in front of the small, frail-looking woman. “Are you okay?”

Nanna squinted at me a moment before smiling tenderly then waving me off. “I’m fine.” She looked to the burly male officer sitting at the table. “Officer Grant, this is my June bug.” Nanna peered at me sweetly. “Say hello to Officer Grant, June. He’s been so kind, keeping me company.”

Okay. What is happening here?

I twisted back, looking to Officer Kelly over my shoulder. She looked as confused as I was. It took some work but I quashed the panicked look on my face before I turned back to my grandmother. Instead, I pasted on a smile that didn’t quite translate. I was sure it was distorted. It felt weak and artificial. “Nanna, I’m just going to speak to Officer Kelly a moment, okay?”