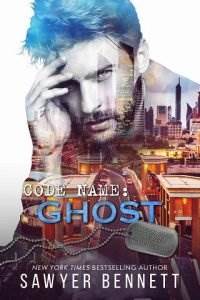 Pulling the blanket around me a little tighter, I try to suppress a shiver. I can tell by the bluish tint around me that night has fallen, although I have no clue of the actual time. I gave up knowing dates and time of day a long time ago.

All I know is I’ve been in this wooden hut, which has mud slathered into the joints, for months. Of that, I’m confident, but I’m not sure how many.

The hut is no more than the shell of a structure placed on the packed desert floor. It’s a geological phenomenon called desert pavement where closely packed rock fragments and pebbles make an almost pavement-like surface. It’s one of the reasons I suspect I might be deep in the Syrian desert, but that’s not saying much since over fifty-five percent of the country is, in fact, desert.

Regardless, my captors aren’t content with just keeping me in this hut. At some point prior to my arrival, they dug out a hole roughly ten-by-ten feet inside the hut, embedded a spike deep into the bottom of it, and chained me inside. When standing, my head barely reaches the top. Even on tiptoes, I can’t see anything but the roof of the hut. There’s no door and only one window without glass or wooden shutters. They have me chained like a dog. I often wonder why they feel the need to put me in a hole, but the only thing I can figure is it’s part of their torture plan. I have to say it sucks not seeing the sky or the sun, nor being able to feel its warmth.

The nights are getting pretty cold, which makes me think we’re approaching the winter months in Syria. If I had to guess, it’s getting down into the forties at night. The two scratchy woolen blankets they’ve given me are no match against the cold temperatures. I can’t sleep at night, too busy shivering and being miserable, so most of my rest comes during the day when it warms up a bit.

I rise from my bed—which is nothing more than one of the wool blankets doubled up and laid as far from my waste bucket as possible. Not that it really matters. I lost my sense of smell a long time ago, which is a godsend. I can’t even imagine what I smell like. I’m wearing the same clothes I was captured in—minus my boots, which they took off my feet. Black fatigue pants, long-sleeve black thermal shirt, and cotton socks. They’re stiff and unyielding, having been soaked with my sweat, blood, and urine over the months of my captivity.

Never my tears, though.

Not once since I was captured have they gotten my tears.

I move stiffly around the small area of my hole in the ground, holding the thick chain tied to one ankle up so I don’t trip over it. Standing on my tiptoes, I try to spot anything, but it’s futile. There was a time when I could have easily pulled myself out of this hole, but these days, I don’t have the strength. It’s been beaten and starved out of me. Besides that… there’s the whole chain-around-my-ankle thing.

When I was first captured, there was no sense of relief that I was still alive. I knew being held in the hands of the enemy—presumably ISIS—that I was probably on a swift path to death by route of torture. On top of that, I was beyond grief-stricken over the teammates I’d lost.

I was quickly zip-tied, hooded, and driven for what seemed like hours away from the brief firefight we had engaged in. In my ears, I could still hear the anguished moans of the men who had been shot.

What came next was expected. I was Special Forces in the Marine Corps before joining the private sector with Jameson Force Security. I’d been through SERE school.

I had no chance to test out my survival and evasion skills. They took me right to the resistance portion when the hood was pulled off my head and I was launched straight into their torture efforts to get me to spill my guts.

I’d like to say I withstood the torture for days on end, but that’s not reality. The human body can only take so much, but when it boiled down to it, I just didn’t have the information they wanted. I wasn’t active duty military. Once they finally believed I was a private security contractor fallen into enemy hands, my use to them changed.

Just before they moved me, I was told I’d be very useful in a spy trade with another country or they might just use me in a good old-fashioned beheading that was sure to go viral, as most of those videos often did.

I was hooded once again, driven for hours, and dumped into this hole where I’ve now been for God knows how long. It’s hard for me to tell time here, especially the last several weeks since I’ve become weaker and weaker. I tend to sleep a lot. That means I’m often comatose at sunrise or sunset, and the passage of time is too fluid for me to understand.