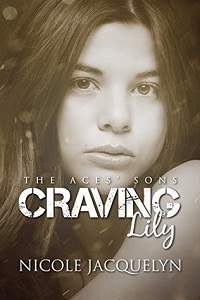 I used to be blind. That’s not a metaphorical statement. I was literally and legally blind for six years. There was no real explanation. The doctors called it conversion disorder. My parents called it hysterical blindness. All I know is that one day during a family party, I was shoved to the ground and covered by both of my grandmas, their perfume mixing with the scent of the grass beneath me as they shielded me from a spray of bullets. I’d squeezed my eyes shut as they whispered that everything was going to be okay even as their bodies jerked and went still.

Over time, my other senses sharpened to make up for the missing sight, and life went on. It was different, sure. For a long time, I’d been afraid to walk, or be left alone, or even eat. What if there was a bug in my food and I had no idea? What if I tripped and lost what little sense of direction I had? What if something happened when I was all alone and I wasn’t able to react because I couldn’t see the threat? I’d even refused to sleep if I couldn’t hear my dad snoring down the hall. Eventually, though, it became my new normal. Kids are resilient, and I was no different.

My sight came back in increments so small that they were barely noticeable. The night my sister packed her bags and headed to Southern California, begging me to wait until morning to tell my parents she was gone, I remember wondering why she hadn’t turned the light off after she tucked me into her bed and left. I knew the bedroom was bright, but I didn’t really comprehend that until later, when my cousin Rose questioned why I began automatically turning on the light when I walked into a room.

For months, I only saw light and shadows, like I was trying to see through a white sheet, and then suddenly, as if it had never gone away, my sight was back. Just like that.

I thought about those sightless years as the man in front of me paced slowly back and forth, his hair standing straight up from the many times he’d run his fingers through it. He was well dressed. Russian. Younger than I’d first believed, but more powerful, too. His partner was less intimidating. Larger, but warmer. The two of them had been discussing something in Russian for the past twenty minutes, and I had no idea what they were saying.

I also had no idea how they’d gotten onto the property. Cam and Trix’s property was gated, fenced, and within walking distance of the Aces Motorcycle Club’s compound. Once upon a time, the house had belonged to my grandparents, and had been built to withstand an attack. My grandpa had been the president of the club, so he’d even built a panic room in the home office. Unfortunately, I hadn’t had time to get there after the men pushed their way into the house. I had, however, been able to gesture to my nephews, who were out of view. God, I hoped they’d understood what I’d wanted them to do.

“Your name?” the younger one asked me for the tenth time.

I didn’t answer. I had no idea what they were planning, but if they had any information on the club all the men in my family belonged to, my name would put a bulls-eye in the middle of my forehead, for sure.

“What’s your name?” I replied, crossing my arms over my chest. I was getting cocky, and I knew it, but I couldn’t seem to curb the impulse. After shoving me into a chair when they’d pushed their way into the house, neither man had touched me. I got the impression that they’d stop me if I tried to leave, but otherwise, they seemed unwilling to harm me. I just needed to keep their attention focused on me so they didn’t go poking around the house.

The bigger guy glanced toward the front door and mumbled something ominously, causing the young one to become even more twitchy. They were waiting for something, but I couldn’t figure out what it was.

“You know, you should probably get out of here,” I said, watching the guy fidget. “If someone realizes you’re here, you’re dead.”

“Shut up, bitch,” the bigger one said in words so accented it took me a minute to translate. “Just shut up.”

“I’m not kidding. You guys are fucked,” I continued as I watched the young one pace. “Just leave and I don’t even have to tell—”

The big one must have been pissed that I’d ignored his warning, because a meaty fist hit the side of my head and everything went black.