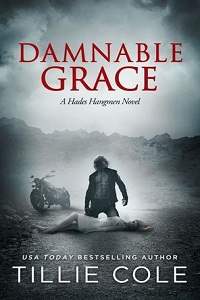 (Not in alphabetical order)

The Order: Apocalyptic New Religious Movement. Beliefs based on selected Christian teachings, strongly believe the apocalypse is imminent. Previously led by Prophet David (declared himself to be a Prophet of God and a descendant of King David), the elders and the disciples. Succeeded by Prophet Cain (nephew of Prophet David).

The members live together in a secluded commune; based on traditional and modest living, polygamy and unorthodox religious practices. Believe the ‘outside world’ is sinful and evil. Have no contact with non-members.

Commune: Property owned by The Order and controlled by Prophet Cain. Segregated living community. Policed by disciples and elders and stocked with weapons in case of an outside world attack. Men and women kept in separate areas of the commune. The Cursed kept away from all men (except the elders) in their own private quarters. Land protected by a large perimeter fence.

New Zion: New Commune of The Order. Created after the previous commune was destroyed in the battle against The Hades Hangmen.

Second in command to Prophet Cain. Shares in the running of New Zion and any religious, political or military decisions concerning The Order.

Lord’s Sharing: Ritual sexual act performed between male and female members of The Order. Believed to help the male get steadily closer to the Lord. Performed in mass ceremonies. Narcotics often used for a transcendental experience. Females are forbidden from experiencing pleasure as punishment for carrying the original sin of Eve and must perform the act when required as part of their sisterly duties.

Awakening: Rite of Passage in The Order. On a girl’s eighth birthday, she is to be sexually ‘awakened’ by a commune member or, on special occasions, an Elder.

Sacred Circle: Religious practice exploring the notion of ‘free love’. Sexual intercourse and behavior with many partners in a public setting.

Sacred Sister: A chosen woman of The Order, tasked with leaving the commune to spread The Order’s message by sexual means.

The Cursed: Women/Girls in The Order deemed too naturally beautiful and inherently sinful. Live separately from the rest of commune. Seen as too tempting to men. The Cursed are believed to be significantly more likely to sway men from the righteous path.

Original Sin: Augustine Christian doctrine that says mankind is born sinful and has an innate urge to disobey God. Original Sin is the result of Adam and Eve’s disobedience of God when they ate the forbidden fruit in the Garden of Eden. In The Order’s doctrines (created by Prophet David), Eve is blamed for tempting Adam to sin, thus sisters of The Order are seen as born seductresses and temptresses and must therefore obey men.

Sheol: Old Testament word meaning ‘the pit’ or ‘the grave’ or ‘the Underworld’. Place of the dead.

Diaspora: The dispersion of people from their original homeland.

Hill of Perdition: Hill on the outskirts of the commune. Used for seclusions of New Zion’s inhabitants and for punishments.

Celestial Meditation: The act of spiritual sexual intercourse. Believed in and practiced by members of The Order. Reaching a closer connection to God through sexual release.

Repatriation: To bring back a person to his or her country or land. The Repatriation of The Order involves bringing back all the members of the faith to New Zion from foreign communes.

First Touch: The first act of sexual intercourse with a virginal female.

Hades: Lord of the Underworld in Greek mythology.

One-percenter: The American Motorbike Association (AMA) were once rumored to have said that 99% of bikers were law-abiding citizens. Bikers who do not abide by AMA rules name themselves ‘one-percenters’ (the remaining non law-abiding 1%). The vast majority of ‘one-percenters’ belong to Outlaw MC’s.

Patched in: When a new member is approved for full membership.

Church: Club meetings for full patch members. Led by President of the club.

Old Lady: Woman with wife status. Protected by her partner. Status held to be sacrosanct by club members.