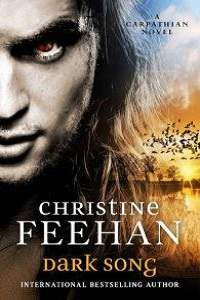 Through the howling of the wind, a whisper can be heard;

A slumber for the ages, hidden within your retreat;

Awaken from your nightmare, feel the ground beneath your feet.

There’s light in the darkness, waiting to be seen;

Just as I wait for you, a king for his queen.

The earth may shake, and rivers may swell;

Yet here I stand, ready to break the spell.

The fog along the ridge, drifting through the trees;

A shadow in the distance, nothing but a breeze.

The rain upon a fire, frenzied and in need;

A blessing for all life, and fortune for the seed.

What once was a blaze, grows stronger than before;

A metal in the forge, turns a sword for the war.

A life of hope sings to you, melodies of devotion;

A world of love awaits, vaster than the ocean.

As the hues of the sky, shift upon the shore;

The reds once gray, a spectrum once more.

The waves among the rocks, music of the sea,

Thunderous harmonies carry you to me.

Hand in hand we are strong;

Sing with me, it’s to you I belong.

I’ll be the bright star, in the dark hour of night;

When you’re feeling lost, I will be your light.

I am by your side with every step you take;

Fighting every demon, your love I won’t forsake.

When evil seeks a place, deep within your mind;

I will be your shield, protecting what’s inside.

I can’t heal your scars or take away the pain;

But I can be your shelter, a refuge all the same.

I’ll teach you the words, and show you the way;

You’re strong on your own but tell me you’ll stay.

A symphony of power rolling through the land;

You and I together, here we make our stand.

Once blinded by the wicked, now your eyes are clear;

Look inside yourself, there’s nothing left to fear.

The cage has collapsed, the prisoner stands tall;

The battle is ours to end, once and for all.

Now tell me this and tell me true;

Say you’ll choose me, as I chose you.

What once was a blaze, grows stronger than before;

A metal in the forge, turns a sword for the war.

A life of hope sings to you, melodies of devotion;

A world of love awaits, vaster than the ocean.

Through the howling of the wind, a whisper can be heard;

Sound woke her. Elisabeta Trigovise didn’t want to be awake. She wanted to sleep forever, but those weeping notes refused to allow her to succumb to her need to hide from the world. Like the drops of rain drumming softly into the earth, feeding the soil, those notes slipped into her mind with a song of rising. More and more that gentle melody awakened her on each rising, became more insistent that she comply more fully. That she more than just wake to feed and go straight back to slumber.

Whereas before, the song was in her mind, now it sank into her body, her blood and bones, her heart and soul, calling to her persistently, and she knew it was the call of her lifemate—one she couldn’t ignore. She didn’t dare ignore. It didn’t matter how terrified she was of him. She had to answer.

There was safety beneath the ground. Solace. No one could get to her. She was alone and no demands could be put on her, but she had known all along it wasn’t going to last. Every rising, each time the sun set, the danger began. She tried to sleep, but they came to feed her. At first many had come. Different ones. That had been frightening, but the blood had revived her, made her stronger, and no one had asked anything of her. She was allowed to go back to sleep in the healing soil to repair her body and fractured mind. Now, only he gave her blood.

Elisabeta tried not to waken, but it was too late, the song had played through her mind, those beautiful weeping notes of rain. The sun had set, and the moment it did, her body had tuned to it. She was Carpathian, that ancient race paralyzed during daylight hours and needing blood to sustain their lives. There were few of them left in the world, and the fight to keep from dying out was made worse by the vampires trying to kill them.

A little shudder went through her body. Elisabeta had been tricked by a friend when she’d been young and naïve, and she’d been kidnapped, taken from her home and family and hidden away by one such vampire for centuries. She no longer remembered that young girl, or her family. She’d been reduced to this woman who hid herself away in the ground, too terrified of everything and everyone to show herself. Sergey Malinov— the master vampire—would come for her and he would use her to destroy everyone who had shown her any kindness because that was what he did. He would never let her escape him. Never.