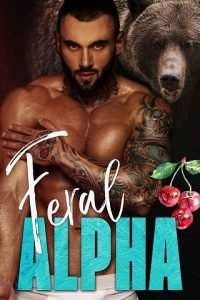 “Gavin,” I say as my five-year-old student stands beside my seat with sad puppy dog eyes. “I told you three times. You’re not allowed getting up when the bus is moving.”

“But Stacey told me that the cows are going to eat me!”

“Cows eat grass,” I tell him. His chin starts quivering, so I pull him onto the seat before the waterworks start gushing out.

“There’s going to be nothing there to eat me?” he asks.

I try not to laugh. He’s so cute, even though he is a handful. “It’s a ranch, Gavin. Not a zoo. There are only cows, maybe some pigs, chickens, stuff like that.”

“Exactly,” I say. “And we’ll see how they grow vegetables too.”

“My daddy likes growing vegetables in our backyard,” he says. “Does your husband like to grow vegetables?”

“Oh, I’m not married,” I say with a wince. For some reason, saying that always gives me a stabbing sensation in the heart.

“Oh,” he says as he looks at me curiously. “Do you have a boyfriend?”

Geez, will this kid lay off? I would have stuck him in the back of the bus if I knew I was going to be interrogated about my love life, or lack of one.

“I’m very happy on my own,” I say as I fidget with the zipper on my coat. Yup, coming home to an empty house and sleeping in a big cold bed by myself is just super!

Veronica’s mom turns around from where she’s eavesdropping in the seat in front of me. “I didn’t know you were single, Courtney.”

“I know a guy that would be perfect for you.”

“Great,” I say as I force out a smile. I’ve heard that before. All of the guys over the years that have been ‘perfect’ for me have been anything but. Some of them were perfectly nice men, but I don’t know, they were just missing something. There just wasn’t that spark I’ve been waiting for. Maybe that spark is unrealistic. Maybe that’s the problem. Maybe I just need to settle for whoever comes next…

“His name is James and he works as a photocopier repairman,” Veronica’s mom goes on as she plays with the tips of her straight black hair. “I could set you two up.”

“Oh, that’s okay,” I quickly say as my heart starts pounding. “I’m not really interested in dating at the moment.”

“Yeah, come on, Miss Gibbs!” Gavin says. Now, he’s really going to get sent to the back.

Veronica’s mom doesn’t know when to quit. “He loves watching hockey and he was once in the newspaper for winning a hot dog eating competition. Isn’t that funny?”

I force out a laugh as I glance out the window, hoping to see a ranch pop up at any second.

“Yeah, Miss Gibbs,” Gavin echoes. “What do you think?”

“I think we should focus on our field trip to the ranch and not on my love life,” I say in my firm teacher’s tone that conveys that this is not up for discussion.

Finally, the driver pulls our big yellow bus onto a ranch and we all spill out. It’s the beginning of fall and the air is cool and crisp, just how I like it. I zip up my fall jacket and lead the kids over to where the two ladies are waiting, our feet crunching on the fallen leaves.

“Hi, Jane and Zoe,” I say as I shake their hands. “Thank you so much for having the kindergarten class for a visit.”

I met these two at the farmer’s market where they were selling some fresh organic vegetables. We started to chat and they invited my class to come and visit their greenhouse. It’s actually the Bowen family’s ranch, but they’ve been working here for years.

“Hello, kids!” they say in an upbeat tone. “Welcome to the Bowen ranch!”

I look around as they start explaining how the ranch works. The place is spectacular. Surrounded by stunning mountains that are colored with the warm hues of fall. There are cattle grazing in the distance, four adorable houses scattered around the property. Three are meticulously taken care of, but one looks almost abandoned with weeds growing all around it and the front porch nearly caving in.

I’m wondering what the story is with the owner of that house when Jane says we’re going to visit the greenhouse.

“Just stay with the group,” Zoe says, “and whatever you do, stay away from that forest.”

She points to the trees on the other side of the valley and I get a shiver when I look at it.

“Is something going to eat us if we go in there?” Gavin asks.