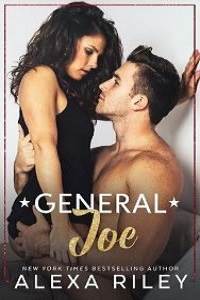 I don’t know why I’m nervous. I’ve told Joe every fantasy I’ve ever had and sent him all kinds of dirty pictures of myself. He never returned them when I sent them, but he never responded either.

The day I got to the post office too late and they’d already closed, so I had to drop the letter off the next day. I made a point to send something every day because I wanted Joe to know I was always thinking about him. Thinking about him in the dirtiest ways.

On that one day he didn’t get a letter he called me.

I was shocked he had my cell number, but it wouldn’t have been that hard for him to find it. We live in a small town where everyone knows everyone and my dad is the chief of police. Not to mention he and Joe shared a few beers back in the day when I was too young to be fantasizing about him. It never stopped me because it isn't something I can control.

I’d answered my phone even when I didn’t know the number, and the second I heard his voice I knew who it was. The deep rumble of his voice was one I’d never forget and it didn't matter that it had been years since I’d heard it.

You forgot my letter. Don’t do it again.

It was all he said before he hung up and I didn’t get the chance to respond. He gave his order and he expected it to be followed. It should have made me mad that he was bossing me around since he never asked me to write to him to begin with. He didn't even tell me he was leaving town even though I knew he was a Marine and would be called up at some point.

Everyone in the Bierman family served in the armed forces for a few years before they came home to run the family business. But Joe doesn’t have a family anymore since he’s now the last living Bierman. Until he comes back and gets married and makes his own. I push that thought as far away as I can because I’m too young for Joe. It doesn't stop me from sending my letters and packages and all the naughty thoughts. I have no idea when he’ll be back and maybe he never will be.

I prop my phone up so it points at my bed and get ready to make the video. It’s the first I’ve ever done and I’m going to put it on a USB to send in the package with my letter today. I’ve gotten bold over time and I think more than anything it’s because I’m trying to get him to snap. I want him to come back to town and have his way with me even though I’m not sure it will ever happen.

Over a decade separates us but I hold out hope because of that one phone call. He’s been reading the letters and opening all the packages. I know without a doubt he’s looked at the pictures I’ve taken of myself, but I never show too much. The last thing I need is for someone to get ahold of a naked picture of me, but I don’t leave much to the imagination either. Each time I get a little bolder because I don’t care anymore. I want him to see me and want me, and maybe this video will do the trick.

I hit record on the phone and jump onto my bed. I cringe when one of my stuffed animals falls off and I sweep my arm across the bedspread and send the rest of them flying. I can edit this out later. I don't have anywhere else to do this but my own bedroom and I’m lucky my dad’s at work.

Everything I’ve sent him before today was only a peek of my cleavage or a tease of my panties in a short skirt that would lift just a hint. I was trying to drive him crazy and to break him into writing me back or even calling. More than anything I want him to come home and claim me as his own, but I know this isn't one of the stories I write. This is real life.

Nothing else has worked so far. Sure, I could try and skip a day and he might call again, but I can’t bring myself to not write to him because it’s become an addiction I can't quit. I get off on the thought of him fantasizing about me. He probably thinks it’s so wrong and that I’m too young for him. I know that’s what he’d say even as he jerked himself to pleasure with my name on his lips. At least that’s what my fantasies are. That he can’t even get hard unless he’s thinking about me and no one else.