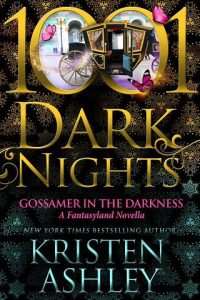 and I had read, that by the time he met Scheherazade,

There are two worlds.

The one we know.

And the one that has all the same people in it—our twins—but it’s entirely different.

In this parallel universe, amongst many other places, there is the icy northern land of Lunwyn, the frilly clement land of Fleuridia, the forbidding southern lands of Korwahk, Keenhak and Maroo.

And the glittery enchanted land of Hawkvale.

In these places there are no airplanes or cell phones or sushi. There are no computers or cars or even electricity.

But there is magic.

As such, if there’s a witch, one with great power, and any available motive, she can bring a twin from our world into the other.

Tales have been told in Lunwyn, Hawkvale, Fleuridia and Korwahk (as well as more told in the lands across the Green Sea).

This is a new tale from that other world.

A tale of magic.

A tale of love.

And a tale of very big hats.

Edgar, the Count of Derryman

“She’s no better,” he sniped irately, glaring at the pretty young woman with the masses of blonde, lustrous hair curled into herself on the bed.

She was studying him with terrified amber eyes.

“Please, my lord, modulate your voice,” the doctor murmured.

Edgar Dawes, the seventh Count of Derryman, Lord of Posey Park Manor (and several other properties besides), located in the green, gentle, fertile valleys of the Oxblood region of north central Hawkvale, turned to the doctor.

“You said you could affect improvements,” he reminded the man.

“She is improved,” the doctor asserted.

Edgar flung a hand toward the silent, fearful woman rocking rhythmically on her bed, staring at him in terror.

“She doesn’t appear improved to me, sir.”

The man got closer and said quietly, “With respect, my lord, this is due to your demeanor. Maxine…” He paused a pause that held great weight and took that further as he emphasized, “your daughter, needs calm. She’s far more content with the familiar.” Another weighty pause. “And she hasn’t seen you in over three years.”

Edgar refused to respond to the rebuke.

Instead, he retorted, “The world is not calm, as you well know. At any moment, a witch can bring a curse on the land. A Beast of ancient times can resurface to the Earth and cause havoc. You know this because these things have happened. And they have in our lifetimes.” His tone grew all-knowing and imperious, a tone he adopted in some incarnation to the point it was his standard. “Every life is in jeopardy at every moment.”

“That’s a pessimistic outlook,” the physician muttered to himself.

“It is nevertheless true,” Edgar sniffed. “And she must be able to handle that.”

Time was running out!

“I’ll be taking her to another facility,” Edgar announced. “We’ll see if a different staff can cure her.”

“Sir, please, don’t. Maxine responds to routine. A habitual schedule. Staff around her who she’s grown accustomed to. Familiar surroundings. Her paintings. Her strolls along the river with her nurses. Her reading. We’ve made progress, and if you move her”—and again there was a censorious pause—“as you have, throughout her life, hoping for results she simply cannot attain, she will digress, and that progress will have to be regained.”