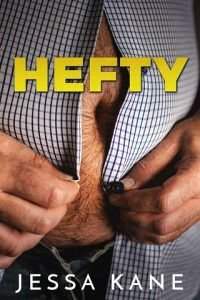 I’m standing outside the school and everyone is crowded around talking about homecoming. Actually, it’s the only thing anyone talks about anymore.

In just over a week, we will embark on the biggest night of our lives.

Hair will be styled. Push-up bras will be worn. Pictures will be taken.

Couples who can’t make it to prom are planning to go all the way.

I haven’t been asked to the big dance yet.

Okay, technically, I have been avoiding anyone who might ask me, because there is only one person I want to go with. There is only one boy I’ve dreamed of picking me up in his truck, corsage in hand, ever since I was a little girl.

I almost melt down onto the steps of Juniper High School’s main building, wanting to sink into his name like a hot bubble bath. If I was home right now, I would probably be doodling his name in my notebook margins or staring at the eleven billion pictures we’ve taken together over the years.

But it’s not one of those big, groundbreaking secrets that could ruin my friendship with Harper if she finds out I’ve been pining for her twin brother since we were children. No, my best friend is well aware that I would sacrifice a limb for one of Zach’s smiles. However, besides my mother, Harper is the only one in the world who knows about my mega crush—and she has been sworn to secrecy.

“You’re being obvious,” Harper mutters in my ear now, briefly breaking from the group discussion about who the quarterback is going to ask to homecoming. “I mean, you could at least pretend you’re interested in the conversation.”

“I am interested,” I insist, proving it by nodding at my closest classmate. “Everyone wants to know who Miguel is going to ask. But it’s also the same thing we’ve been discussing for a month.”

“Yeah, well. He hasn’t asked anyone yet. People are getting antsy.” Harper gives me a pointed look. “Have you been avoiding him?”

And by little, I mean I’ve been sneaking through campus in a hoodie and sunglasses and refusing to text Miguel back. Not to mention avoiding my locker like the plague.

“Jesus, Jill, you could do worse than the hottest guy in school.” She sighs. “You can’t keep waiting around for my brother to ask you.”

I’m still stuck on her claim that Miguel is the hottest guy in school. Yes, he’s attractive. Being the star quarterback doesn’t hurt. Every senior in our grade has some kind of fixation on him, whether it’s a crush or hero envy. But he’s not my type. Not at all.

Zach is my type.

Although, there is no one like him. So maybe that’s not the correct term.

Zach O’Meara is my person. My it. My dream man.

As if my mental swooning has drawn him forth, the man himself strides around the side of the building and everything stutters into slow motion. The conversation turns to static around me and my palms start to sweat. One might think I would be used to Zach’s effect on me by now. I’ve spent the night at his house hundreds of times. He was there when I got my first period at Harper’s thirteenth birthday party, sitting with me while I sobbed on the stairs, rubbing my back with one hand, Googling what to do with the other. He carried me off the field freshman year when I sprained my ankle cheerleading during a football game.

He’s been my hero since I can remember.

But he couldn’t be less interested in me romantically.

He’s almost reached the group now and I’m trying not to stare, but failing. Miserably.

Looks-wise, Zach is the opposite of Miguel.

Where Miguel is all lithe muscles, trim frame and boyish good looks, Zach is a big, beautiful bear of a man. He’s not soft and cuddly, though. He plays defensive lineman on the football team and no one gets through him. Strapping doesn’t begin to describe him, either. He is muscular, thick, impenetrable. Hefty. Just brushing six foot three. He carries extra weight and the way it is distributed literally keeps me awake at night. Just daydreaming of those generous thighs and the hard mound of his stomach pinning me down.

I’d never get away.

“Hey, Harps,” Zach rumbles when he reaches us, his green eyes ticking from his sister over to me. “Jilly Beans.”

“Oh hey, Zach,” I breathe, twisting my long blonde hair around my finger.

He’s going to know you’re in love with him.

“How was practice?” I blurt, lovingly tracing his blunt, grass-stained fingers with my eyes. “All set for the East Hills game tomorrow?”

Did I mention Zach is a man of few words?

It’s just another thing I love about him. He doesn’t waste his breath unless what he’s saying is truly important. Necessary. Meanwhile I’m a total rambler. That’s probably why he never hangs out for very long anymore when I come over. He’s escaping.