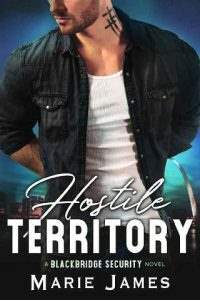 So this is what broken promises look like. A room filled with people I don’t know and won’t ever see again. Nameless faces who have no clue about the turmoil swirling in my gut. People surrounding me for a variety of reasons, none the wiser that my world is imploding, or would be caving down around me if Dani was ever on time.

I know she’s late just to spite me, but even with her chronic pettiness, I can’t help but feel saddened by my tasks today.

I promised to love Daniella Altieri for the rest of my life.

I made those vows before God and our families.

She was it for me.

I hate that she still is.

I hate that I’ve been gone, serving a country that rewards my loyalty with paltry pay and gripping nightmares, instead of at home loving her and holding her in my arms.

Can’t she understand that I’m doing exactly what we talked about?

We wiled away the nights for years, setting up our goals and dreaming about what our future would look like.

She was never happy about my need to join the Army, but she accepted it. Or at least I thought she did.

Can’t she see how lonely I’ve been without her? How it kills me to leave her at home alone when I’m gone for work?

If only she’d been lonely, too.

My bed was empty.

I could’ve forgiven her, eventually.

She wasn’t interested. She was quick to cut ties, and that cut me like a knife, wounding me more than the other scars covering my body from war.

The low chatter of the packed courtroom only serves to irritate me, but the sight of Dani finally walking in with a ridiculous entourage has my jaw clenching enough to ache.

I understand Annalise being here. Those two are connected at the hip and have been since I met my wife freshman year of high school. There’s no need, however, for her parents and a couple other friends to bear witness to my annihilation.

Six years of marriage and Dani can’t even look in my direction as she sits down on the other side of the room surrounded by her support group.

As we wait our turn before the flustered judge, I take a good, long look at my wife. Her hair is longer, but her once always smiling face is twisted up in a mask of indifference that’s become all too familiar recently. Her eyes are no longer bright and shining, gazing around looking for some sort of trouble to get into. There’s a hardness to her features right now that makes me hopeful. Is she regretting being here? Is she having second thoughts about throwing our love in a fire and watching it turn to ash?

My attorney clears his throat beside me, no doubt a warning to stop glaring across the room, but I ignore him like normal. He’s a placeholder, a requirement for today’s proceedings, and that’s it.

Dani nods mechanically when her father leans in to speak to her, shaking her head in response.

I just need one glance, one sweep of her eyes in my direction and I know I can pull her back in. One quick second to change her mind. Our love hasn’t been a fairy tale, but it’s been close. Meeting in high school, all it took was that one look before we knew we were going to be important to each other. I just need that contact one last time to make her realize she’s making the biggest mistake of her life.

Her eyes aren’t the ones that meet mine.

Annalise Grimaldi, Dani’s best friend since diapers and shit-stirrer extraordinaire, turns her head and sneers in my direction. The woman would be a knockout if she wasn’t evil incarnate. She’s always hated me and going by the animosity flowing from her amber-colored eyes, nothing has changed.

Without thought, I tilt my head up in a nod, a challenge, the very same way I did years ago when we were teens. Only back then, I had the girl. Back then, Dani would smack her friend on the arm and tell her to chill out. I won the battles between Anna and me years ago.

Today, I lose everything.

Ten years together, the last six married to the woman of my dreams ends with a fifteen-minute session in front of the judge. A couple of signatures, not one word spoken between the two of us, and I walk out of the courthouse a changed man.

Walking to my truck stiffens my spine and my resolve, but it’s the sight of Dani wrapping her arms around a man’s neck in the parking garage that will change me forever. Her dad, beaming down at his little girl as she embraces the man is something I never experienced.

Both of her parents hated me from the jump, and if I ever took a step back and examined the relationship I had with Dani, I’d realize that it started out as rebellion on her side and it’s ending with her going home. Her sacrifice, her choosing me was temporary, and somehow, deep in my gut, I always knew it would be. I was never enough for her, and no matter how hard I worked to be the man she thought she deserved, I was always going to come up short.