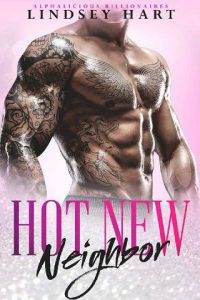 I know two things about my neighbor, and neither one is good.

Second, he’s into some shady shit. How do I know this? Well, for starters, he always dresses in black. Black hoodies, black jeans, big black boots, black aviator sunglasses, and a black ball cap. That’s weird, right? No one goes out in the heat of a Chicago summer day dressed like that unless they want to melt into a puddle of hot goo within a few minutes tops. So yeah, it’s strange. And this is Chicago. Hello… setting for like every Mafia, bootlegging, adventure true crime story and movie there ever was. I’m pretty sure that even out here in the suburbs, dressing like that and only leaving the house at odd hours of the night isn’t normal.

And yes. I have seen him without his hat and hoodie, at approximately two in the morning, pushing out his recycling bin sans shirt, in his black jeans, so I know the first point is applicable. I guess I could add a third. I also know he’s environmentally conscious.

You might think I’m a creep. I swear I don’t make a habit out of spying on my neighbor. I work from home, so I’m here all the time. I keep strange hours because I’ve always had trouble sleeping, so I’m often awake, even in the middle of the night. Some of my best ideas come to me then.

Also, the guy just moved in a few weeks ago. It’s kind of big news when someone new moves to the suburbs. At least for guys who aren’t married and don’t have kids. This place is not exactly a mecca for the single and ready to mingle, nightlife loving types. Or rather, our neighborhood isn’t.

The sound of my front door opening has me spinning away from the spot on the back of the couch where I’ve been crouching, staring guiltily through the blinds at the house next door.

“What the heck are you doing?”

My best friend, Leanne, sees right through me. I did not get out of my creepy crouch position fast enough, and my face is probably guilty as hell.

“Nothing.” I give her my best not-guilty look, but she’s not buying it.

We became friends after she moved to our neighborhood. We were both in third grade. I thought it was neat that her name was kind of the same as mine. Lu-Anne and Leanne are pretty similar. But back then, being an insecure young girl, I didn’t think it was so neat that she was prettier than me. I still talked to her anyway because I wanted to be nice. My brother always said the only thing worse than having me as a little sister would be if I turned out a catty brat. He was four years older. I didn’t understand what catty meant back then, but I did know what a brat was, and I felt that not liking a girl because she had blonde hair, expensive clothes, the sweetest cat shoes complete with little ears, eyes, and whiskers, and a cute as hell button face, could be filed under that category.

I’m glad my brother gave me that warning, because, as it turned out, Leanne was awesome. She was awesome at nine, and now at twenty-five, she’s just as great. Maybe even more because instead of giving me a lecture about being weird and needing to get out more often, she just rolls her eyes and strolls through my living room into the kitchen.

She stops at the fridge, pulls it open, and produces a chilled bottle of white wine.

“That’s the stuff,” she says with a dramatic flair. She rushes off to the cupboards and pulls down two wine glasses.

It’s just after seven, and we’re set to have our scheduled Friday girl’s night. It doesn’t matter how many other friends we’ve had, what jobs we’ve worked, or what guys we’ve dated. We always make time for our girl’s nights. I think the world could literally be ending, and Leanne would still give that meteor streaming towards earth, a crazed monster set to destroy the city, or a horde of brain-eating raging zombies her pretty middle finger if they were trying to come between her and our Friday night wine and gossip time.

Speaking of gossip, Leanne is definitely not going to let my creeping go.

“Spying on your hot neighbor again, are you?” She uncorks the wine neatly—something I have never managed to do—and pours some into each glass. She swirls hers like a real connoisseur before inhaling and closing her eyes like the wine is died and gone to heaven good. “Okay, I know you were spying. I saw you. I know you. You’re acting all crazy because some hot, thirty-something-year-old single dude moved into the house right beside yours, but why don’t you just bake a freaking casserole and go over there and welcome him to the neighborhood like a normal person?”