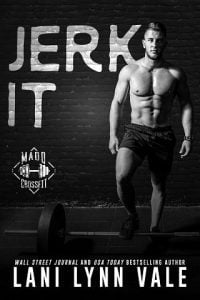 Sorry for the mean, accurate, awful things I said.

I liked the girl.

I wasn’t sure why, because she was a girl after all, but she was pretty fun to play with considering.

I wasn’t about to tell her no, even though I should. Mavis was my favorite person in the world. Sweet, funny, caring and considerate—she was the complete package. Even at thirteen years old, I knew that Mavis was something special. Something unusual that most kids her age weren’t, especially when you considered who her grandmother was.

That next day, when I came to Mavis’s favorite spot, the old crone that employed my mother saw me.

And guess who wasn’t there? Mavis. It was as if she’d done this on purpose—this invitation to her favorite spot, which just so happened to be smack dab in the middle of her grandmother’s favorite garden on the estate.

I should’ve known in the beginning that this couldn’t be our ‘spot’ because of whose spot it actually was.

At first, I didn’t realize that.

Two hours later, my mom and I were kicked out. She lost her job and the included housing. We had nothing but our clothes, a few sentimental items and our car, and I learned the true meaning of being homeless.

Bosshole-a person that turns into an asshole ten seconds after turning into the boss.

“Only you, Mavis Jean Pope.”

I looked at my grandmother and felt the anger rise, but I didn’t take the bait.

“Grandmother, it’s not like she knew that her birth control, as well as the double protection of a condom, wouldn’t be effective,” Fran, my baby sister, argued. “You seriously think that she would’ve done that if she knew? Because, I can guaran-damn-tee you that she wouldn’t have. Not when she’s getting close to finishing school.”

I was in the downhill half of school. And my sister was right. I wouldn’t have experienced that crazy night if I’d known that it would interfere with my plans.

But, seriously, that night I’d let loose. I might have done it anyway with how I’d been feeling thanks to my sister’s freak out in the middle of a store.

Which got me to thinking.

My grandmother really knew how to fuck people over.

Pearl Pope, the most prestigious woman deep in the heart of Texas. Mrs. Yamboree Queen. Mrs. Well-to-do. Mrs. Kick people out when they’re hurting the most.

“Why are you such a horrible person?” I asked with a snap, my temper fraying right along with my patience. “For one second, let’s not think about how this will affect your stupid self, and let’s consider how this will affect me.” I paused. “I’m in year four of my nurse anesthetist degree. That means clinicals. That means schooling out the ass. That means little to no time to be pregnant. So no, I of course wouldn’t choose this, for Christ’s sake. I would’ve waited. But, unlike you, I’m going to treat this like the miracle that it is, and thank God that I got pregnant and I’ll have a baby at the end of this. Then I’ll think about the fact that you won’t be there to be a part of his or her life.”

I was taken back to another time where my grandmother had been an awful person to a little boy that lived on our property with his mother. His mother was a maid at my grandmother’s estate. She lived in her own little small house at the back of the property, and every once in a while, I would see Alessio, her son, running around the back part of our property.

Until my grandmother asked them to leave because Alessio’s mother ‘couldn’t control her son.’

My grandmother snorted. “The moment that you need money, you’ll be singing a different tune.”

Technically, I was a nurse. I made a hundred grand a year as it was. With my new degree that I would have at the end of this year, that would put me closer to the higher end of the hundreds. So no, I probably wouldn’t need this woman ever again.

But, like my grandfather said, burned bridges didn’t allow you to turn around and go a different way. Burned bridges were for people that were resolute in their path.

Was I resolute in my path? Probably not.

But this was the moment in time that I needed to make a decision.

“You can’t speak to me the way you’re speaking to me,” I finally said. “You may be my blood, but blood doesn’t make you family. Acting like a decent human being is obviously not your strong suit, so I guess that now’s the time to tell you that I want nothing more to do with you.”