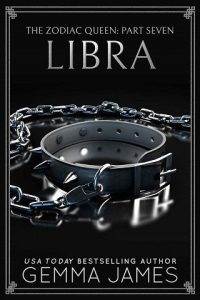 A smooth voice calls my name, followed by a warm hand gripping my fingers. I urge my eyes open, but a heaviness weighs on my lids. Sinking deeper into the void, I cling to oblivion. There’s no pain here. No heartbreak or trauma. Only a blank canvas tempting me to draw a more appealing picture than the one waiting for me on the other side of consciousness.

Someone says my name again, and this time, insistence creeps into his tone as he gives my hand a quick squeeze.

“Liam?” As rough as sandpaper, his name sneaks past my dry lips.

A peek through my shuttered lids reveals him crouched at my side. Concern lines his ragged face, and I search my memory for the cause, but nothing springs to mind. Why can’t I remember?

“Everything’s okay,” he says, though his words do nothing to offer reassurance or an answer, and that’s when an incessant throb starts in my temples.

“I think I’m going to be sick,” I groan, holding my head as my stomach roils.

As if he expected as much, Liam helps me sit up before holding a bowl under my chin. There isn’t much in my stomach to expel, and as I heave, the last few days invade my consciousness.

Days locked away with no food in the House of Virgo, and Liam carrying me out in his muscular arms. Then…Pax slumped on the floor in the dungeon, unconscious.

After the dry-heaves stop, Liam disposes of the bowl then pushes a cup of water into my hands. “Take it slow,” he says.

I swallow a few sips before a wave of dizziness hits, and I slump to the bed, too weak to remain upright. “You drugged me.” It’s not a question, and the guilt in his eyes affirms my accusation.

He dips his head. “I had to get you out of there.”

For the first time since opening my eyes, I let my attention wander around the small room. I’m on a narrow bed, and sitting across from me is another cot. Two oblong windows offer a backdrop for a seating area, the view beyond the glass a portrait of a perfect cerulean morning. Cabinetry takes up the wall next to the door. The space is compact, minimalist, and far from what I’m used to in the tower.

“Somewhere in the Atlantic.”

Silence descends as we stare at each other, and I study his answer from every angle. I must have been out for the better part of the night—long enough for him to transport me onto a cargo ship. He didn’t just drug me. He kidnapped me.

“How did you get me out of the tower?”

“And you just…what?” A wave of my hand encompasses the room. “Strolled on a ship with an unconscious woman?”

His lips twitch. “It was a bit more complicated than that. I had some help.”

“Did Landon help you?”

Arching a brow, Liam settles onto the edge of the bed. “A crew member did. I set the guy’s family up for life, and he set me up with a way off the island.” He doesn’t press me on why I brought up Landon, and for that, I’m grateful because I’m in no condition to spin a believable fabrication. Instead, I steer the subject away from the tower of men we left behind.

“Where are you taking me?”

Five nervous beats of my heart pass before he speaks. “You should eat something.” He stands and puts three feet of distance between us. “I’ve got some crackers. Once you keep those down, we’ll get some substance into your stomach.”

“You’re not going to answer me?” Despite my foggy head and the deadweight in my bones, I force myself upright again.

“I’ll tell you what you need to know.”

“I need to know where we’re going.” My voice rises an octave as my thoughts crystallize.

Liam drags a hand through his copper hair. “You just woke up, Novalee. I’ll tell you more when the time is right.”

Helplessness festers in my gut. “Why did you take me?”

“Do you really have to ask?”

“Yes. At first, I begged you to run away with me, and again during Mr. Bordeaux’s month, but you said you couldn’t walk away from your duty.”

Clenching his jaw, he allows a heavy moment to sneak by. “I couldn’t let you go to him.”

“But leaving me with Mr. Bordeaux was okay?”

He gives a resigned shake of his head. “Because I’m selfish.”

“You took me because you’re selfish?”

“I took you because I’m in love with you, and I don’t want you to marry Sebastian.” His confession lands in the space between us, sending my heart to the pit of my stomach.

“What about the auction?”

He tilts his head, his troubled brown eyes locking with mine. “I think you already know the answer to that question. I’m not going to win.”