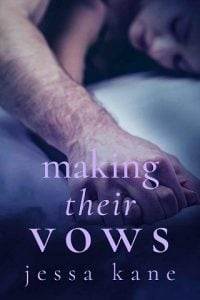 People are always telling me I’m an old soul.

I’ve never really understood what they meant until right this very moment.

I’m walking with my friends at night. My fellow high school seniors who I’ve known since our first day of kindergarten at Bright Horizons Academy in Beacon Hill. There are five of us—and I’m the only one who isn’t loaded. Collier weaves slightly beside me on the sidewalk, a brown paper bag containing a bottle of vodka tucked under his letterman-jacket-clad arm. He keeps trying to hold my hand, but I move away quickly toward the other girls, who are also staggering and mid-giggling fit.

Suddenly I’m looking at this entire situation as if I’m seeing it through the eyes of future Grace. Future Grace is wearing a wool cardigan, sipping tea and shaking her head at me. In her sternest voice, she’s asking me why I continue to get into these situations with my friends when I inevitably end up wishing I was home. And the truth is—I don’t know.

I don’t know how they convinced me to venture to South Boston at night. We don’t belong here. Not because we’re somehow better than the people who live in this working-class neighborhood, so different from Beacon Hill. But because we’re here to make trouble.

If I had to guess why I’ve tagged along, preparing to enter an underground fight club nicknamed the Hellmouth, it’s because I’m expected to be here. I always do what I’m told. I’m a dutiful daughter, aren’t I, with my four point six GPA and myriad after-school activities? That goes for my friendships, too. I go where they decide because…they’re my friends. We’ve done everything together since kindergarten. If I didn’t have them, I would be a loner.

Why does being alone suddenly sound infinitely more appealing than trekking along the broken sidewalk in high heels?

“Are you sure this is a good idea?” I ask Collier over my shoulder.

The girls roll their eyes.

“Here we go again. Grace is here to ruin our fun,” sings Bianca.

“I’m not,” I say, eyeing the dark underpass up ahead. Apparently that is where the entrance to the Hellmouth is located. “I don’t want to ruin anyone’s night, but…I don’t know if it’s a good idea to simply walk into an unfamiliar fight club and start throwing around challenges. Why don’t we just get an Uber back to Beacon?”

“Grace, Grace, Grace,” Collier says, inserting himself into the space beside me and wrapping an arm around my neck, the alcohol on his breath making my stomach pitch. “I’m the regional boxing champion. There is no one in this piece of shit club I won’t be able to take. I’m professionally trained.”

“I know,” I murmur in my most placating voice. “Can’t you arrange something in advance instead of barging in and taking them by surprise?”

“Fuck that.” With a loud roar, Collier drains the remainder of the vodka and smashes it on the ground, making the rest of our party laugh uncontrollably. “I’m in the mood to fight now.”

That’s the thing about my friends. When they want something, they get it.

When I want something, I get it, too. To be fair.

Our parents work in finance. Property development. Software investing. We summer in Cape Cod. It’s understood that each of us will attend an Ivy League school and give our parents bragging rights.

My friends seem perfectly content with this. But the old soul inside of me never has been. I’ve always had a restless itch under my skin. Future Grace whispers in the back of my head, telling me to live for adventure, not for duty. The problem is, I’m scared to break tradition. I wouldn’t even know where to begin. My pattern has been set in stone from day one.

“Come on, Grace,” Collier cajoles, still trying to pull me up against his side. “One or two rounds with some loser Southie and we’ll go home. You’ll be safe in your little bed before you know it.” He leans in and whispers near my ear. “I can join you there, if you’d stop being so stubborn. Our parents would probably love it if I came downstairs for breakfast smelling like you, sweetie. They already have our wedding invitations picked out.”

I barely stop myself from gagging.

Collier and I were boyfriend and girlfriend through middle school. Right up until I caught him making out with another girl at the Totally Eighties dance. “You won’t put out,” he complained when I broke up with him that very same night. “Did you think I was just going to wait around? I have needs!”

He’s been trying to get back together with me ever since.

Even if our parents do think we’re the perfect pairing, I can’t even imagine letting Collier paw me or kiss me. I couldn’t imagine it back in middle school, either. Honestly, there hasn’t been a single member of the opposite sex that has inspired me to a kissing mood. My friends seem to be in that mood constantly, trading boys like baseball cards. I’m happy for them. There’s no shame in exploring. I’ve just never been able to coax myself into doing the same.