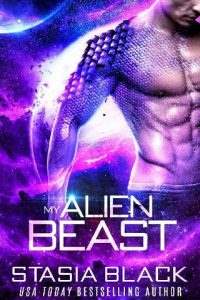 But I miss them. Especially on days like today.

“I told you Mrs. Hofstetter could not be seated by Mrs. Martinez under any circumstances,” Patricia hisses at me. “And look what you’ve done!”

“They aren’t seated beside each other,” I defend myself as I look out on the elaborate banquet. They aren’t. I spent about three hours on the seating arrangements. But when there’s infighting and a million other little intrigues going on between all these society women, it’s like trying to plot a map around landmines.

“But they are at the same table.” By Patricia’s tone, you’d think I’d murdered somebody. This is why I miss my friends. My real friends.

“It’s an eight-foot table and they are about as far from one another as you can get.”

“It’s the principle of the thing. You can bet we’ll be getting complaint cards come Monday. And I’ll be sending all of them directly to you.”

I toss my hands up in the air. “Okay. That’s fine. I’ll take care of it.” A common refrain around here.

This is supposed to be about raising money for charity. So inner-city school kids can get scholarships for summer programs that have been shown to have a hugely positive impact on keeping them from getting involved in crime and gangs.

But do any of these women care about that?

All they care about is whether or not Peggy wore the same dress as them and looked better in it. Or who’s having an affair with whom.

If it wasn’t for all the money I can squeeze out of them for good causes, I’d throw in the towel.

I smile. “Is there anything else I can do for you, Patricia?” You catch more bees with honey and all that…

Patricia lifts her nose in the air and sniffs. “Not at the moment. Just make sure those lazy servers get the desserts out on time. At the breast cancer benefit we had to wait almost twenty minutes for the last course. Twenty minutes!”

“I’m on top of it.” I smile reassuringly.

Patricia just glares at me. “You better be. You know there are plenty of people on the committee vying for your job.”

“What’s that supposed to mean?” I’m usually so good at not engaging with BS like this but today I just can’t. Normally I can laugh witches like Patricia off because then I can go spend time with Ana and Juliet and feel same again.

But now they’re so busy with their own new lives and their babies and I’m still just…me. Stuck back here in the boring normal world with the Patricias and the Peggys. Because this is my life. And it always will be.

“You think you’re so much better than us just because your father is a senator?”

“Stepfather,” I correct through gritted teeth, but she ignores me.

“Well, my husband is one of the most prominent investment bankers in the city. I deserve to be the head of this committee.”

I can only stare at her, open mouthed. “But you don’t give a shit about inner-city kids.”

She gasps. “Language. The other women and I have been talking and we really don’t think you’re the best fit for this position anymore. Your behavior today only proves it.”

“Are you kidding me? You’re kicking me out?”

She leans in, her little piggy eyes cruel. “And don’t go crying to daddy, either. If you try it, it will only make you more of a laughingstock. Try to have a little respect and bow out gracefully.”

My hand fists and my muscles bunch with the desire.

But I’m my mother’s daughter, so instead of giving into my desire, I turn on my heel and stalk from the room.

I shove out the back door and don’t stop until I’m at the door of my car. I yank it open and sit inside, slamming the door shut behind me. Only there do I give into the fury, pounding my steering wheel with all my fury.

“Stupid, ugly witch! You’re going to drive that charity into the ground and what will the kids do then?” I close my eyes and scream out all my frustration.

And then my car door is pulled open from the outside.

My eyes shoot open, expecting to see Patricia or one of the other society witches, but then I let out a surprised screech.

Because it’s not Patricia.

He’s tall, a towering seven feet, and his skin — it’s a mottled combination of pale human skin with patches of dark, burnished purple scales, like they attempted the transformation on him but it didn’t take. And I mean it really, really didn’t take.