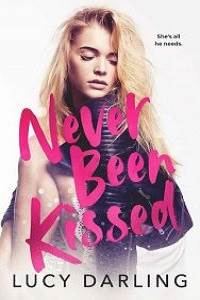 “Where the hell are you?” My brother's voice booms through my ear. I pull the phone away, putting it on speaker before he bursts my eardrum. I knew this was coming. I haven't reached out to my family in a few days. That is abnormal for me. I’ve been wrapped up in finding Bunny’s stalker and making sure she is safe.

“Will you calm down?” I don’t know why I ask. He’s not going to. He can be overprotective. It’s both annoying and sweet. He forgets too often I’m no longer a little girl.

“We haven't heard from you in days.”

I roll my eyes, pulling the curtain back from the small window. Thick gray clouds start to roll in. My stomach tightens hoping it’s not a storm. I haven't gotten to look around the new little cabin very much that is now mine, but I know there isn't a basement.

“I go weeks sometimes without hearing from some of you,” I point out. I have four older brothers. All but one are active in the service. I work for my eldest brother. He retired years ago from the Marines and hired me on. I think his plan was to give me a desk job, but I was never really good at sitting still for long periods of time. Being the youngest and the only girl, I was the most curious out of all of my siblings.

All of that desk talk changed once he’d picked up Bunny Rose as a client and he had no choice but to put me on her service. At the time I’d been the only female employee he had and Bunny had requested a woman. That’s one of the only reasons he budged on letting me work in the field. He needed someone that could blend in more as a friend than a bodyguard. It worked well because Bunny and I actually became best friends. I didn't know how badly I needed a girlfriend until she was there making me let her paint my nails and talk about Captain America’s fantastic ass.

“PJ.” My brother, Mason, tries to use his dad voice on me. It may have worked on me years ago. Now, not so much. I’ve learned to be on my own now. It’s a weird line we have to balance with not only him but all my brothers. I wasn't only the baby, but they took on a big part of raising me when we lost our parents when I was only thirteen.

“I thought you’d be calling me happy that Michael has been handled. I should get a fat bonus.” I didn't have much of a hand in it, though. Bunny’s new man set a trap and let the fucker fall right into it. I still enjoyed getting my lick in on him though. I wish I’d gotten to do more than break his nose after all he’d done to Bunny. He’d made her live in fear for far too long. I have no doubt he'll never see the light of day. I am just happy it is something she no longer has to deal with. Bunny is a sweet soul and she doesn't deserve that crap.

“Bunny Rose is retiring,” Mason reminds me. “She’s going to drop off the map and her stalker will be doing the same, I’m sure.” Yeah. Six feet under where no one will ever find him. I saw the look in Bunny’s new man’s eyes. He wasn't done handling Michael or his family. He’s going to ruin them. I can see him buying all their homes and burning them down in front of them. The thought brings me joy.

“I’m taking some time off and I’m staying out here.” The plan was to hang with Bunny, but she’s wrapped up in Price now.

“By staying do you mean with Jameson Price?” Both Mason and I know everything there is to know about one Jameson Price. The man had set his sights on Bunny. It was my job to know everything about him. From what I could find he was solid. He also wasn't bad on the eyes and richer than God.

That meant he wasn't after Bunny’s money and he could have his pick of women if he wanted to. The way he looks at Bunny you’d think she was the first woman he’d ever seen in his life and he wasn't letting her go. She was giving him the same look, telling me that both of them are gone for each other. He’ll treat her well. I am actually a little jealous. To have a man look at you like you hung the moon is something I’ve never had. It’s also something I never thought I wanted either.

“I’m staying here for now. It was always the plan for me to stay with Bunny for a while after she retired.” We hadn’t made any specific plans on what we would do in the future, but this seems like a good place to rest. I don’t think Bunny wants to think of anything but Jameson for the time being. She deserves to be free to do what she wants.