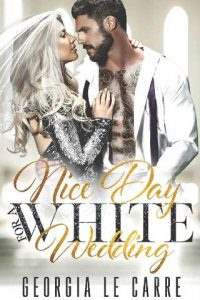 A light tap on my office door makes me look up from my computer screen. I check the time. It’s only ten o’clock. Surely, we don’t have trouble already! As the manager of The Macau, a small London casino, I have seen my fair share of trouble over the years; drunks, bad losers, cheaters, fights, drugs – you name it, I’ve dealt with it.

But at this time of night? No one has lost big yet and people are at the happy stages of drunk rather than the fighting stages.

The knock might not mean trouble, but something tells me it does.

The door opens and Stewart, the casino’s head of security, steps in. He grins at me as he comes over to my desk. So there isn’t a fight then. He wouldn’t be grinning like that if all hell had broken loose.

That’s Stewart’s way of telling me we have someone winning big. Now don’t get me wrong, we have big winners now and again, but this is someone who is having enough luck to raise Security’s suspicions. Ninety-nine percent of the time it is someone who has found a way to cheat.

I open my top desk drawer, and pull out a remote control and fire up the bank of monitors on the wall to my right.

“There,” Stewart says. “On the craps table.”

He moves to the bank of monitors and points to a man. The man has his back to the camera, but even sitting down, I can tell he’s big. He’s both very tall and very well built. If he gets ugly, he might need all four of my security staff. He doesn’t look rough though. He’s wearing a black suit and I can see it’s an expensive one, so that’s something at least.

“Yup. And changed the staff.”

I press another button on the remote control and the bank of monitors showing all of the public areas of the casino becomes one screen showing only the craps table from different angles. Whatever the man is up to, he’s attracted quite a crowd of fans around him. It’s often the case when someone is on a winning streak. Our clientele can’t help enjoying seeing us taken to the cleaners. It’s payback for all the times we take them there.

The man pushes a large stack of chips forward and nods to the croupier. Sasha looks into the camera before she pushes the dice with her stick towards Alex. I know she’s wondering if we’re watching from the office. Don’t worry Sasha, we’re watching.

They land and the crowd around the table raise their arms excitedly, high five and cheer. They stop short of slapping the big man on the back. By their reactions, it is clear he has won big. Again. A voluptuous woman in a long black dress moves in for her own slice of the action and slinks onto the seat next to him. He does not turn to look at her.

“How many is that?” I ask Stewart.

“I counted six in a row before I came up here,” he says.

So that’s at least seven wins. Probably eight or nine by the time Stewart got here and I got the monitor on. Sasha pushes a stack of chips towards the man and I have a quick tally of how many chips he has. There could be a little over two hundred thousand pounds in front of him. It’s a lot of money, but it’s far from a cause for panic. Some of our high rollers start with more than that. And of course, he could lose it all on the next roll, but somehow I doubt it.

I turn to look at Stewart. “But he has only won at most, two hundred K?”

“I know,” he nods, “and I wouldn’t even have come up here if not for the fact that one of the change guys was going off on his break and gave me the head’s up to keep an eye on him. Apparently, he only started with a couple of thousand.”

Unless they know they can’t lose.

I watch closely as the man lays on another bet. This time he pushes his full pile of chips forward and nods to Sasha. A few others follow his lead and push chips into the same box. I ignore those people. They’re small fry, pushing on a few hundred. They’re not involved in whatever scam the man is running. They’re just taking advantage of what they now feel is a sure bet.