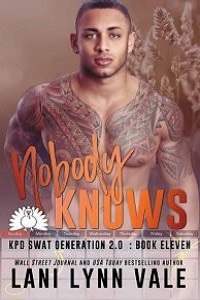 Per my previous email.

My name is Sierra.

We were told not to give our real names, but I honestly don’t see why. So I’m going to give you my real name—Sierra. (Duh!)

We started a new program in English that has us writing to pen pals—i.e., soldiers like you that are deployed overseas.

I’m a junior in high school (I’m seventeen in case you’re trying to calculate it) and I’m slowly dying inside because I hate, hate, hate English. But, I have to admit, writing you is kind of fun. English class is the bane of my existence because I’m so sucky at it. It doesn’t help that my ex-boyfriend is in here, too.

Anywho, this letter writing thing is taking my mind off of how much I want this period to end. It’s making me work on my people skills—of which I have none, according to my family and friends. Apparently wanting to read—yes, I know that’s ironic seeing as I hate English. In there, I’m forced to read shitty books. At home, I read sci-fi/fantasy so they’re definitely different, okay?—which some people think is a bad thing. Apparently wanting to read over going out and hanging with my so-called friends is also a bad thing. Who knew?

I have an older brother named Samuel who is enlisting in the military as we speak, and a younger sister named Blue.

You never know, maybe y’all will run into one another one day—then again, maybe you won’t. My brother assures me that the military is way larger than I give it credit for.

I’m from Texas. A little small town, actually, that’s so small that everyone knows each other.

If you’re new here, they’re going to know it, and by dinnertime, they’ll likely know your whole entire life story.

Anyway, today is supposed to be a short letter explaining about the program that we’re writing in, telling you a little bit about myself, and then giving you my PO Box. A PO Box, might I add, that isn’t anywhere near our school. It’s actually our teacher’s that lives near Harmony, Texas—where you’ll be sending return letters to.

Anyway, I hope this letter finds you well, and I hope you don’t totally hate writing back because I seriously hate English, and you’ll be doing me a huge favor by writing me back.

Also, is it really sad that my hand is literally cramping right now from writing? I don’t think I’ve written this long of a letter in my life.

Hope to hear from you soon,

Hi, my name is Gabriel—in case you’re wondering, that really is my real name. Kind of. That’s my middle name, but it’s the one that I go by.

Anyway, your letter did find me well. We just got done sweeping the roadside for bombs. So, yeah, I’m lucky to still be alive with how crazy these people are over here. They’ll literally blow up their own mother if it forwards their agenda or kills a couple US troops.

I’m not really sure if I’m allowed to tell you that or not, but hey, you’re being real, I’m being real. I’ve been in the military for about two years now. So far, I really like being here. It gives me a purpose unlike being back at home where I think I went days without being noticed.

Which brings me to my next point—you should be happy that your parents notice you. I think mine only noticed when they had to do something for me that they didn’t want to do—you know, like attend a parent-teacher conference. Go to my high school graduation. Take me to get my driver’s license. Things like that.

Do you have a dog? Because I swear that looks like a paw print on the envelope you sent me. Then again, the letters get through a shit-ton of people before it gets here. There could’ve been another dog that stepped on it.

I have a dog. I left him with my mom and dad when I deployed. I hope that they’re taking care of him well. They’ve been awfully vague when I call and ask about him.

I think it pisses them off because I’m asking about the dog and not them.

By the way, Maxie is the dog’s name. He’s a long-haired German Shepherd. He’s sweet, has a black face with brown hair around his brown eyes, and loves every single woman he’s ever met. Men, on the other hand? He doesn’t like men all that much. Except for me. He loves me.

Wow, totally rambling about my dog. But I miss him.

That’s about all I miss from home.

Can’t wait to hear from you again.

Do hugs, not drugs.

I’ll have you know that I took your advice and got a dog today!

I swear to God, walking into that shelter to get a dog was by far the hardest thing that I’ve ever done in my life.