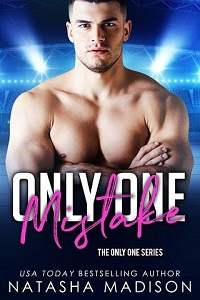 “We’ll be landing in twenty minutes,” the flight attendant announces. I just nod at her and look out the window at the clouds in the sky. My phone pings, and I look down and see it’s from The Hockey News desk.

Breaking News: Michael Horton has been traded to the Dallas Oilers.

I close my eyes without clicking to open the article. They aren’t going to tell me something I don’t already know. When I woke up this morning, I was a member of the Columbus team.

I didn’t have to read the news to know what was going around. I was getting text messages from my family asking me if I was okay.

I had been benched for the fourth night in a row. As the top sports news story, the spotlight was on me, and I hated every fucking second of it. It’s not like it was because I wasn’t producing on the ice.

No, it was all because my coach called me off the ice during the first period of a game against Montreal last week, and we got into a fight on camera. I knew I should have shut my mouth and just sat on the bench, but I couldn’t hold it in anymore.

It had been six months of his shit on and off the ice. It all started last year during the playoffs. I made a couple of plays he didn’t like. I fucked up on the ice by not producing, and then I gave up the puck in the neutral zone, and they ended up winning the game. He didn’t like it, and he would call me out during the press conferences. I knew he was right, so I didn’t say anything. I also knew I fucking hated being called out, but there was no way I would talk shit about my coach. So I waited for the summer to pass, and then at the beginning of the season, we had a meeting and said we would start fresh. I walked out of that meeting, hopeful it would stick.

He didn’t last one game before he was riding my ass, and last night’s game was the last straw for me. After benching me for four fucking games, he pulled me after one shift and sat me the rest of the game. I wasn’t going to play for him again.

My phone rings in my hand, and I look down and see it’s my father, Max. “Hey,” I say, letting out a huge sigh.

“If it isn’t the rebel of the family.” He laughs, and I shake my head and close my eyes. “How are you?” His voice goes low, and I can hear the worry in his tone. I knew he was trying to joke about it, but these past couple of weeks have been just as stressful for him.

“You okay?” His voice goes low. “You need anything?”

“I’m good. A little numb but it’ll be good.” It all happened so fucking fast. This morning, I called Erika, my agent, and then ten minutes later, I was being traded.

“No, I’m good.” But I’m not good. I’m the opposite of good. I hate that my name is being dragged through the mud.

“Uncle Matthew is there,” he says softly. “If you need him, you pick up the phone and call him.”