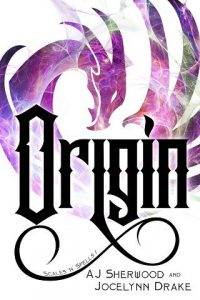 Not-so-extinct, dragon shifters, mages, fated mates, secret clans, epic libraries, hurt/comfort, age gap, not that Alric cares, magical heritage, mechanical engineers being BAMF, grumpy dragon kings being protective of their cute mates, really the cuteness is downright criminal, we might need a firehose for these two, or not, sass, so much sass, Ravi and Cameron are no longer allowed to be alone together, for reasons, dragons hoarding, when you live long enough statistics will get you, bats named Cheryl, beheadings, no damsels in distress here, just very unhappy mages, with trigger fingers, anyone have life hacks on how to get rid of kidnappers, Cameron is open to suggestions

Alric Burkhard, King of the Fire Dragons, had a duty to love and protect his people. All of his dragons, no matter how much they might irritate him. Like now. He reminded himself of that quite firmly.

Because he was about two seconds from wringing Ravi’s neck like a chicken’s.

“—I swear,” his friend and bodyguard said earnestly over the phone. Ravi seemed to realize Alric was about two seconds from bashing him over the head and then retreating to the castle. “It was a mage. A full-blown mage. Would I lie to you?”

“If it meant getting me out of the castle and into the festival, yes, yes you would.” Alric drew on his patience. It was currently in short supply. “If you smelled a mage, then where is she?”

“Have you seen the streets right now?” Ravi protested. “I can lose my own nose in this crowd! It’s why I called everyone down to search too. I mean, I’m totally happy to see everyone in the festival, don’t get me wrong, but I wouldn’t lie to you about spotting a mage. That’s beyond mean, and I’m not mean. Impulsive maybe. Perhaps a touch impatient, but I wouldn’t be mean, right? Right. She’s totally here, I swear on the left toe of my legless teddy bear. I’m just having a little difficulty picking the scent back up, but I swear to you she was near the beer stand, y’know, the one that’s across the street from the bakery and—”

Baldewin was always patient and calm. It was part of the reason why Alric had asked him to be his personal bodyguard so many years ago. That and people normally took one look at Baldewin and reconsidered whatever nefarious thing they had in mind. The man was over six feet of solid muscle and had a deadpan attitude that gave him the aura of an immovable object. Walls of concrete had more give than Baldewin. It was tempered by his good-natured humor, in evidence now in his grey-green eyes and the slight quirk of his full mouth. “You’re remembering to breathe, right?”

“Fuck you, people don’t forget to breathe while talking,” Ravi shot back.

There was a snort from Dieter. “I don’t believe you, young dragon. I’ve seen you almost pass out while talking a mile a minute.”

“I was concussed!” Ravi howled, a whine in the words.

“Ravi, focus.” Alric took in a deep breath himself, trying to scent the air without being obvious about it. The world at large thought dragons were extinct, and it was a rumor the remaining dragon clans encouraged for the simple fact that it made life a little easier.

Revealing himself at the festival was something he very much wanted to avoid.

The annual Dragon Festival was in full throttle, the city streets packed with an estimated fifty thousand people, and it was literal chaos. People from all around the world had gathered here for the three-day event. For a town that normally had only twenty-thousand inhabitants, the additional influx of people strained the seams to bursting.

Alric’s normal approach to surviving the Dragon Festival each year was to hide in his castle, in the mountains, with several bottles of select wine. He drank steadily through the event until it—and his hangover—had mercifully passed. He avoided the festival with more dedication than humanity would a plague.

And yet, here he was in the middle of it, on the streets, with people packed in against him on all sides. If Ravi had said anything aside from the word ‘mage’ he wouldn’t have moved from the castle. But that single word was enough to mobilize the entire clan.

They hadn’t seen a new mage in over five hundred years. Alric had prayed, and hoped, and searched for mages for so many years he’d almost given up on it entirely. Hearing of a mage here, so close to his home, was as incredible as it was odd. Why now? Why here? Surely it couldn’t be coincidence.

For the young dragon’s sake, he’d better be. Alric really would wring his neck if he’d gotten all of their hopes up for nothing.

Also, fortunately for Ravi, none of the revelers seemed to be paying much attention to them. They were too focused on enjoying the festival to the fullest. Dragon masks—most of them colorful, gaudy, and covered in sequins or glitter—were either on people’s heads or shoved to the side to give the wearer room to eat. People flocked to different stands offering merchandise and souvenirs. Mostly dragon-themed, naturally. The statues and pictures depicting the dragons were a little off, even accounting for artistic license.