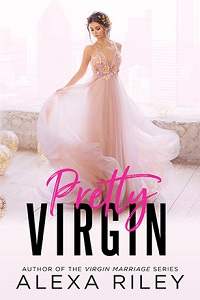 “It’s really fine,” I try and tell him again. Okay, maybe it’s not because my knees are throbbing from hitting the concrete sidewalk and the burn of his coffee still lingers on my stomach. I don’t think either of us were paying attention when we collided.

Damn it. This was my favorite shirt and it’s definitely ruined now. It’s not even mine, but the man it belongs to isn’t going to ask for it back. He took part of my heart with him when he left so I’m keeping the shirt, even if it only brings me heartache. The smell of him is long gone, but there’s no way I’m getting this coffee stain out of it. Maybe this guy did me a favor and I can get rid of it.

“My parents’ place is just around the corner. Let me help you at least get cleaned up.” He holds his hands up, unsure of what to do. I can tell he wants to help me, but he’s trying not to touch me. Something about his deep blue eyes is familiar, which has to be the reason I’m agreeing to go with him.

“Okay,” I say and his shoulders drop in relief.

He said his parents’ house, so at least it’s not some random place. My knees are starting to throb and I’m pretty sure they are bleeding. I finally glance down and see blood seeping through the material of my gray leggings. I gasp and jerk my head up to look away, and as I do I feel dizzy. Strong arms wrap around me to keep me from falling over.

“Shit, should we go to the hospital?” he asks, and I’m sure

my face is green.

“No, It’s just the blood.” I suck in a deep breath and pull it together the best I can. The sight of it always makes me sick.

“We’ll get you fixed up. I bet my mom or sister has something at the house you can wear if you need to change your…” He trails off for a beat. “Pants.”

I let out a small laugh and meet his gaze again. His eyes are so unsettling but I don’t know why.

“I’m Skyler. Maybe we should exchange names since you’re taking me to your parents’ house and getting me pants.”

“Jon,” he laughs as he helps me steady my feet. “I really am sorry about this.” He starts to guide me down the sidewalk and finally releases me when I can manage on my own. “I was trying not to be late, but it looks as though I only made it worse.”

“If you need to be somewhere, I’m okay.” I stop walking for a moment and try not to look down at my knees because I might pass out. There’s no way I’m making a subway ride. Jesus, I’m a mess over a little blood. I’ve had hemophobia since… I stop my train of thought, not wanting to go there.

“No, it’s cool, just family dinner. My mom can be ruthless if you miss one or show up late.” He says it with a smile, making me think his mom isn't ruthless at all. “She’d be extra pissed if she knew I’d left a woman who needed some help.”

I relax. I know he’s going to make sure I’m okay even though I’m a grown woman—if twenty counts as grown, but I know some people don’t. Jason comes to mind, but I fight the thoughts of him and shove them into the box I don’t want to open.

“I’ll pay for the shirt.” He eyes my white shirt that’s a couple of sizes too big for me.

I only meant to run out and grab some coffee. Then I got a wild hair to run over to my favorite bakery across town and pick up something sweet for later. I was going to spend my lazy Sunday eating pie and getting lost in a book and reruns of reality TV.

“It’s fine. It might have been my fault.” He was getting out of a cab and I was lost in my head and not paying attention. It was a bad habit of mine to get off track and walk right past the place I was headed. Sometimes it would take me two blocks to realize what I’d done. Which is exactly what happened today.

“Did you go there?” He nods to the university logo on my shirt that’s faded from having been washed so many times.

College hadn’t been in the cards for me. At one time I would have thought so, but life can change so quickly. I’ve learned that lesson too many times to count. Each day you never know what you’re going to get and you can never rely on anyone but yourself.

We turn the corner into a nice neighborhood that’s very much like the one I grew up in. I only came all the way out here because of the bakery. It’s the same one Jason took me to. I grew addicted to the place with one taste, just like I’d done with him. That’s all it took for me to fall under his spell, but as quickly as he was in my life, he was out of it. It’s almost like he dropped off the planet.