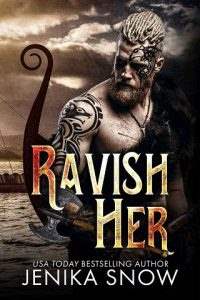 Agata Yosef stood in the center of the Grand Hotel in Oslo, Norway. She had just finished her meeting with a group of executives.

They’d signed paperwork on a merger with her US-based company, and although she just arrived earlier today, was suffering from jetlag, and had the desire to just sleep the day away, she had been forced to make sure everything was settled concerning business.

Although most of the documents had been signed electronically, it was imperative that these final ones be notarized and taken directly to the officials so they could be filed. So she’d been tasked to come over here and handle the business, and what she did with her remaining time was her choice.

She was only in Norway and on this business trip for another day, and although she could have slept in her hotel room for the rest of her trip, she wanted to check out the fall festival that was happening in the small, secluded town of Adgnabrok, which was only a few hours away.

It happened once a year, and this was the only time she’d be able to experience it. With her family’s Scandinavian ancestry, she jumped at the chance to come on this trip and experience some of her bloodline’s history.

She might’ve been tired, but tonight she’d enjoy herself. Sleep was overrated anyway, especially when she was in this incredible country. Heck, she even thought about finding her a hunky, blond-haired, blue-eyed man who could help her brush up on her Norwegian.

She knew enough of the language to get her through minimal, daily conversation, had studied it in school for the sole purpose of having this feeling of being connected with that part of her.

It had been one of the reasons she’d been chosen to come here, because she was able to communicate in their business partners’ native tongue, and her boss had seen how hard she’d been working to start going on these trips. She worked her ass off, and this was the first step to her really making her stamp at her company.

She stared at all the people moving in and out of the hotel, looked beyond the glass doors at the city just at her fingertips, and wanted so desperately to explore. But the festival wasn’t until later this evening, and although it was several hours off, she was going to board the train that could take her there.

As soon as she stepped off the plane, she felt something move through her, like a ripple when a rock was dropped into a pool of water. It was strange, so very strange that she tried to shake it off. Energy moved through her, as if stepping into this Nordic land awakened something inside her.

It sounded so foolish when she thought of it that way, but it was the truth. Maybe it was the fact that she had no one in this world, had no kin that could give her the answers she always sought.

Being adopted when she was very young, she didn’t know much about her birth parents. Until she found her permanent home, she jumped between foster homes. That had proved disheartening.