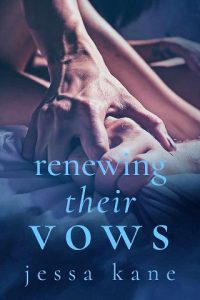 Fists up. Guard the face.

One well-placed punch can weaken the other fighter’s confidence. Make them second-guess their training, their next move.

I never question mine, though—that’s why men hating fighting me.

I fight for my wife. My Gracie.

She’s the ultimate motivation. Five years ago, when we were seniors in high school, she took a chance on me. Gave up everything to be with me, a fighter from South Boston, including her rich Beacon Hill-dwelling family. By a twist of fate, she stumbled into my underground fight club and we fell headfirst into love, into obsession. Devotion.

I’m legit now. No longer scrapping for cash in The Hellmouth. I’m an amateur boxer, right on the verge of going pro.

Every breath in my lungs, every drop of sweat is to provide for Grace.

I stare down my sparring partner across the ring and shove in my mouthpiece, bashing my gloved hand against the side of my head. He blanches, scanning the training gym for someone to take his place, but everyone pretends not to notice. Reluctantly, he starts to shadowbox, rolling his neck side to side and dancing his way toward me, fists at the ready, and I do the same, adrenaline starting to pump in my veins like motor oil.

For the month, it has been difficult to find sparring partners, because I’m even more motivated, more monstrous in the ring than usual.

Grace is trying to get pregnant.

Christ, just saying those words inside my head is enough to make my back teeth clamp down on the rubber mouth guard, intense feeling surging in my sternum. My heart speeds like a wildcat pursuing prey, wrapped in a mixture of joy and determination. You will provide. I’m driven to deliver. For Grace, yes. That’s always been my focus. But we’re going to have a baby someday soon. I’m going to be a father, my Gracie a mother. I’ll give my child everything.

She’ll never be sorry for choosing me over a life of country clubs and yachts. Over an Ivy League education. I won’t let her be.

With those thoughts in mind, I go to work decimating my opponent. This is only practice, so I do my best to hold back some of my power, but Jesus, it’s hard. It’s hard when I have this much might packed into my chest, desperate to get out. Every time I fight, my opponent becomes the thing standing between Grace and happiness. Security. Comfort. And all I can do is seek to eliminate them, as I do now. Avoiding a jab and coming through with one of my own, followed by a right uppercut, sending the fighter backward a few paces. I keep coming, keep swinging. I never stop until they’re on the mat.

Out of the corner of my eye, there’s a flash of periwinkle blue among the black and gray equipment of the practice gym. Normally, I wouldn’t know enough to pinpoint a color so specifically. It would just be blue to me. But when I zipped up my wife’s dress this morning, I asked her the shade because it matched her eyes exactly. It became my new favorite color.

That’s how I know she’s here.

In the boxing gym.

My pulse seizes. Is something wrong? She’s a kindergarten teacher. It’s the middle of the day. She should be in class right now.

“Hold up,” I growl at the other man, ducking an industrious punch. “My wife is here.”

Immediately, I wish I wouldn’t have said that. Every set of fucking eyes in the training gym turns in her direction. All activity ceases. It’s well known throughout the Boston boxing scene that I married way above my station. And not only that, but I married a girl who looks like she was sculpted by Michelangelo. She’s so goddamn beautiful, people can’t help but stare at her everywhere we go. I understand why they gape and hate it at the same time. If I wasn’t one hundred percent positive of the fact that she’s mine and no one can take her away from me, I’d probably be locked in an asylum by now.

The sweat is pouring off of me as I climb down out of the ring, going toward Grace. I’m aching to reach her, heart knocking madly into my ribs. I don’t know how other people experience love, but I know the way we feel it is rare. We’re two halves of one whole. We’re deeply absorbed in each other. Over the top. Unapologetically obsessed. Some might even say we’re co-dependent and I can’t disagree. I need constant hits of her to stay alive.

Seeing her in the middle of the day is unexpected and it’s like being hit by a lightning bolt. Every hair on my body is standing straight up, my throat is crowded with emotion. I want to get down on my knees and propose to her again. How am I supposed to behave like a normal human being when she’s dressed like that? In this periwinkle blue dress that’s tight across her gorgeous tits, but pleated and innocent from the waist down. Her long brown hair is a little windblown from the fall weather, her cheeks tinged pink from the temperature. My dick is already getting thick and heavy in my shorts, eager to sink into its favorite home.