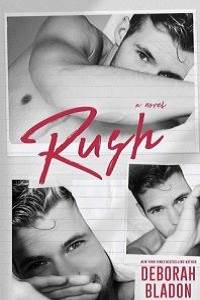 What was I thinking?

My flight landed less than an hour ago, and I’m already itching to get the hell out of here.

Coming back to Manhattan was never part of my plan, even though I still have ties here. The unit I own in this building is one of them.

I bought it seven years ago when I was a twenty-two-year-old kid with more money than wisdom. Three months after I moved in, I fucked off to California and never looked back.

I turn to the left to see one of the doormen headed my way.

Lester. I remember him from back in the day before gray hair was poking out from under the hat on his head.

He introduced me to the best vodka money can buy and expensive cigars.

I gave up both when I moved across the country.

I’m learning to appreciate luxury more, including the meticulous care that goes into a custom-tailored suit. I’m the CEO of one of the biggest mobile gaming app companies on the planet, so I need to look the part.

I pull off the disheveled college kid look that other tech giants go for, but I take it up a notch when I know a camera is on me.

I took off from LAX earlier today under the watchful eye of the paparazzi. They weren’t hanging out at departures trying to grab a photo of me, but the ones they did capture will pad their bank accounts for a month or two.

My claim to unwanted fame is that I landed on this year’s list of the nation’s wealthiest thirty under thirty.

Unfortunately, that comes with the bonus of losing the ability to trust anyone I haven’t known since my lean years.

That’s a lesson I’ve learned through trial and error.

“You’re looking good.” I pat Lester on the shoulder. “How’s life been treating you?”

My gaze wanders the lobby. Little has changed since I packed up the bare essentials one Monday morning and left New York City behind.

I thought about selling the apartment back then, but my best friend, Drake Owens, offered me a deal I couldn’t refuse.

He gave up a percentage of his yearly salary as the head of the east coast office of Cabbott Mobile in exchange for living in the apartment for free.

Drake is a good man. He’s always had my back in business and life. It’s my turn to lend him a helping hand.

“I can’t complain.” Lester rubs his glove covered thumb and index finger together. “Retirement is on the horizon, sir. I can almost taste it.”

I have no fucking clue if the hand movement is a signal for me to tip him, but I’ll oblige. He deserves it.

I didn’t realize how much he did for me when I came into a small fortune virtually overnight. Lester watched over me when I needed it the most.

I fish in the inner pocket of my suit jacket for the five one hundred dollar bills that are always there.

I place them in his palm with a grin. “Get yourself a cigar tonight, Lester.”

Closing his hand around the money, he nods. “Thank you, sir. I’ll do just that. Do you have more bags in the car?”

Gripping the handle of my leather laptop bag, I glance down at the rolling suitcase at my side. “This is it. I plan on heading home within the week.”

His blue eyes skim my face. “This used to be home.”

“Now it’s not,” I say matter-of-factly as both of our gazes catch on a deliveryman waving his arm in the air near the double glass doors that lead into the lobby. “It looks like someone needs you more than I do, Lester.”

“I hope you and your friend enjoy your time in the city, sir.” Glancing over my shoulder, he tips the brim of his hat with his fingertip before he takes off.

I look behind me to find a pretty blonde on the approach with her eyes glued to me.

I can see why Lester might have mistaken her for a companion of mine, but I travel light in every possible way.

Just as the blonde closes in on me, I sidestep her. “Excuse me.”

A night with her could have been fun, but I’m not here for a good time. I have work to do so I can get the hell out of this city as soon as possible.

High-pitched singing, combined with the muffled sound of running water, hits me when I unlock the door to my apartment.

I don’t have a chance to process that before my gaze lands on a multi-colored laptop bag and a matching suitcase in the middle of my living room floor.

It’s opened to reveal what looks like women’s clothing.

That matches up with the voice streaming down the hallway.