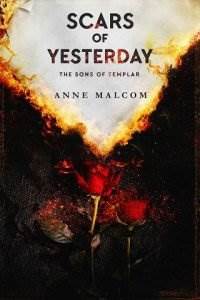 This story doesn’t have a happy ending.

It’s better I tell you that now.

I’m a sucker for happy endings, there’s a romantic inside of me that has refused to die, even after all these years. Even after being married to a man who was patched in to one of the deadliest MCs in the country. There was nothing romantic about it, despite what popular culture likes to tell you.

Especially during those bloody years. Before the club steered in a more legitimate direction.

There were losses. Deep cuts that left me with my scars of my own. Wounds I helped my husband tend to. The husband who wore a Sons of Templar MC cut.

He was buried in that cut.

But that’s jumping to the end of the story before hearing about the beginning. Which is good. Because now you know what’s waiting for you at the end of this story.

You can make the choice to escape all of this pain, loss and grief. The choice I couldn’t make.

“Can I carry your books for you?”

I looked up and lost my breath.

He was standing there staring at me like such a request was commonplace. Like it was normal for Cody flipping Derrick to ask me, Lizzie Kirkpatrick, to carry her books.

And he didn’t even give me time to answer—like my answer would be anything but a dreamy yes once I regained the ability to speak. He just leaned forward, smelling like body spray and hair gel, and took them out of my arms.

Took my books out of my arms.

Our bare skin brushed for half a second, and my whole face warmed as I blushed. My whole body seemed to blush.

He grinned, flashing teeth that were white and almost straight if not for one crooked tooth making that smile something other than perfect.

“English next, right?” he asked.

Again, he didn’t give me time to answer, he just turned and walked in the direction of my English classroom. I was so shocked I just stood there, like an idiot, watching him walk away with an armful—and he had more than capable arms—of my books. He didn’t look back, of course. He was Cody flipping Derrick. He didn’t need to look back. Not with those burnt caramel eyes, those muscled arms, broad shoulders, and five o’clock shadow that he’d had for the past year. Though we were only a couple of months into his last year of school, he’d already turned eighteen.

I slammed my locker shut and jogged to catch up with him. Because of my slow reaction, we were already halfway to my English class which meant I’d wasted precious time.

Cody grinned at me as I fell into step with him. That grin. It was cheeky, genuine and hot as balls. Everything about him was hot as balls. He had really freaking good genes. He hadn’t gone through that awkward, teenage phase, all gangly limbs and acne. I knew that because I’d known Cody all my life, and I’d crushed on him since I could remember.

We were friends, even though he was one grade above me. Amber was a small town, and there were few kids our age, so most parties were a mishmash of about three different grades. There wasn’t exactly a hierarchy at our high school either. No ‘popular’ kids, jocks or nerds. No cliques. People were raised different here, maybe.

“You look pretty today,” Cody said as I walked beside him mutely, trying to figure out something to say.

His words hit me almost as hard as the sideways glance he sent me. The one that made my insides all melty. A good quarter of the girl’s hearts at this school were his because of that melty look. The other three quarters were spread amongst Cade Fletcher, Brock and Zane—despite the fact that Zane and Laurie had been going steady since forever.

They did not seem like they had any interest in going steady with anyone, working their way through the beautiful girls in our school.

I’d never really considered myself beautiful. Cute? Sure. But my boobs hadn’t seemed to have gotten the memo that I was a young woman, I had too many freckles, and my hair was a dirty kind of blonde that couldn’t be described as anything but plain.

I was good with makeup. Skilled at adding a light touch that emphasized my eyes and lips, my two best features. I loved fashion, and I’d gone through all sorts of phases in high school, usually inspired by movies or books I was reading at the time. I was currently in my Edie Sedgwick phase, so today I was wearing a swing dress and over the knee boots. My earrings almost touched my shoulders.