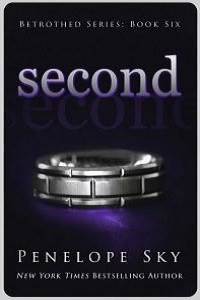 Sofia stepped into my office. “Want to get lunch? It’s on me. Well, on the Tuscan Rose.”

“Hmm…” I looked away from my computer. “Paperwork or free lunch? What a hard decision.”

She chuckled at my sarcasm. “Where do you want to go?”

“You know I’m not picky.” I grabbed my coat and walked out of the hotel with Sofia. Christmas was over, and now it was just bleak and cold winter. Liam and I had spent our first month together as husband and wife on good terms, never mentioning Damien again. Being married felt different from living together, but it didn’t feel the same as our first marriage. Instead of passionate with unbridled love, it was more comfortable. But that was exactly what I wanted.

“So, how’s married life?” Sofia asked. “Still like each other?”

“Yeah. It’s nice to leave my apartment and move into my old place. We’ve fallen into our old routine, where we trade off making dinner and doing the dishes. You know, typical marriage stuff.”

“Have you guys thought about trying to have a family again?”

After what happened last time, I was terrified to even bring up the subject. Having a family wasn’t on my mind. “I think we’d rather just enjoy each other for a while before considering that.”

“Good idea.” Her phone rang in her pocket, so she fished it out. “It’s Hades. I’ve got to answer.”

“Hey,” she said as she answered. “I’m walking to Angelini’s for lunch. No, it’s not too cold to walk.” She rolled her eyes. “You want to join us?” She turned to me to ask if it was okay.

I immediately answered. “Of course.”

She turned back to the phone. “I’ll see you there in a couple minutes.” She hung up and returned the phone to her pocket. “I’m glad you don’t mind that Hades tags along.”

He was kinda my boss since he also owned the hotel, but he was also a nice guy…as far as I could tell. “I don’t mind at all.” Sometimes when I was around him, I thought about Damien, but I couldn’t let that bother me. It was impossible to avoid Hades, and it wasn’t his fault that he reminded me of his best friend. It wasn’t like I ever saw Damien in the flesh.

We continued to talk for the rest of the walk. This restaurant was farther away than other choices, but it was the best, so we pushed through the cold until we stepped inside the restaurant. After we checked in with the host, we spotted Hades sitting at the table—with Damien.

Sofia quickly turned to me so they couldn’t see her expression. “Shit, I had no idea—”

“It’s fine.” My heart leaped into my throat and my pulse was manic, but I played it cool. I didn’t want to see Damien, but it was impossible to expect to always avoid him. He was bound to show his face at events, birthday parties, stuff like that. I just had to be mature about it, to hold my head high even though he’d rejected me…how many times?

“You sure?” she asked, keeping her voice low.

“Alright.” She squeezed my wrist for support before she headed to the table. She was in front of me, so she blocked my view of the guys.

Hades stood up to greet his wife, his eyes filling with an intense look of love for both her and the little person inside her. His arms wrapped around her, and he gave her a gentle kiss on the lips, greeting her as if he hadn’t seen her just a few hours ago.

Now I had a full view of Damien.

He sat in the chair with one ankle resting on the opposite knee, looking like a catch in that tailored suit. He was relaxed, but his ripped body still stretched the crispness of the fabric in the sexiest ways, over his broad shoulders, his thick biceps, even his forearms. Judging by the slight surprise in his eyes, he hadn’t expected me to be there. His green eyes only reacted for an instant, a flicker of dilemma, but he quickly covered it, adopting a skilled poker face.

He didn’t say anything.

I didn’t want it to be awkward every time we saw each other, to think about the last time we had been in the same room together, when I’d admitted I would leave Liam that instant if Damien still wanted me. It was embarrassing to be so hung up on someone who didn’t give a damn about you. But it was over…and it was time to move on.

Damien spoke first. “It’s nice to see you, Annabella.” He rose from his chair and flattened his tie against his hard chest, the touch reminding me exactly how that felt with my own hand. I used to press my palm against the spot all the time, loving that strong heartbeat in that powerful cage. He moved to the chair across from him and pulled it out for me—like a gentleman.