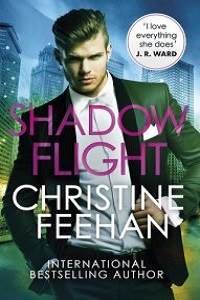 Nicoletta Gomez sat in her very luxurious leather seat, trying not to look as if she were staring at or even noticing Taviano Ferraro. She’d asked him for this and, as always, when she’d asked anything of the Ferraro family, they had given her whatever she wanted. This was the first time she’d asked for something so ridiculous that she was embarrassed, but it hadn’t mattered. The family hadn’t flinched or hesitated. She sat in their private jet with three of her friends headed to Los Angeles to see a Kain Diakos concert because it was Pia Basso’s birthday and that was her greatest wish.

Nicoletta was ashamed she’d asked. She didn’t much like the way the three girls were acting in front of Taviano. They flirted relentlessly with him, and were constantly ordering his staff around. She sat silently staring out the window, wishing she’d never made the decision. As much as she loved Kain’s music and thought it sounded so fun, asking a favor of the Ferraros wasn’t worth it, not after all they’d done for her. Everything felt like a nightmare almost from the first, when she’d told Pia the Ferraros had acquired tickets for them and would fly them to Los Angeles and secure a hotel suite for the night.

Within hours, Pia, her sister Bianca, and their closest friend Clariss Naples were on Nicoletta about asking the Ferraros for an expense account to go shopping for clothes. Nicoletta was horrified. The girls came from affluent families, and she was not going to ask the Ferraros for money for them to purchase new outfits for their trip, not when they were already providing a jet, a suite at a luxury hotel and the tickets to a concert. She found it a little shocking that they would even consider it reasonable for her to ask.

They whined at her, reminding her that it was Pia’s birthday, and then when she absolutely refused, wanted her to ask her foster parents, Lucia and Amo Fausti, to open their boutique, Lucia’s Treasures, to allow the three to choose free clothing. That horrified her even more. She considered canceling the entire birthday event right then, but Clariss must have read her expression because she immediately burst out laughing and said it was all a joke and of course they were kidding. Nicoletta had been relieved, but now, thinking it over, she wasn’t quite so certain.

The truth was, she didn’t know or understand people. She’d spent the last few years avoiding getting close to anyone. She had too many secrets and was terrified of anyone finding out anything about her past. Now, she was beginning to have more confidence in herself thanks to her foster parents, counseling and, she had to admit, the Ferraro family.

Giggles broke out and she glanced up to see Pia almost fall into Taviano’s lap. He caught her gallantly, his strong hands around her waist, steadying her, but there was no expression on his face. She knew that look from vast experience. Taviano wasn’t happy. He never showed it. Never. But he had a temper and she didn’t want to be on the wrong side of it, as she had been more than once.

She knew her friends thought he was absolutely the hottest man they’d ever seen, and she didn’t blame them because—well—he was. He was tall with broad shoulders and, like his other brothers, totally ripped. Muscles everywhere, and, saying that, they looked amazing in the suits they wore. He had very dark hair, always just a little messy, which she loved, just the way she did the dark bluish shadow that seemed to be permanently on his strong jaw. She couldn’t imagine him looking like a boy. He always looked like a man. He had the bluest eyes. A dark blue surrounded by very long black lashes.

Those lashes suddenly lifted, and she found herself staring into all that blue. Her heart nearly stopped and then began pounding. He did that to her. Always. She’d been a terrified teenager when he and his brother Stefano had saved her life and brought her to her foster parents, Lucia and Amo, the two most wonderful people on the entire planet. Just thinking about them made her want to cry.

Her foster parents knew all about her, everything that had happened to her, and they loved her through her nightmares and loved her through her insanity of parties and rebellion and trying to outrun herself. Taviano and his family had put up with her, watching over her, seeing to her education, even sending her to Europe and making certain she had the best counseling.

The moment Taviano released Pia, he shifted out of his seat and around her, ignoring the woman batting her eyelashes at him, and came straight to Nicoletta. When he did that, looking so directly at her, she immediately felt shy. She’d acted so crazy sometimes around him when she was younger, said things, and there had been that one terrible night …