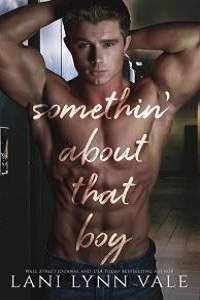 Cowboys are dangerous. You should never look at them from the belt down.

-Rules to live by

“I’m not going,” I said stubbornly.

My father looked at me with an aggravated expression.

“Listen,” he said. “I’m tired of getting calls that you’re getting into fights with that little asshole. You’re going, and that’s that.”

I ground my teeth together forcefully, trying to stop myself from saying what I really wanted to say.

I knew that my dad would lose his shit if I lost my shit, and I wasn’t up to dealing with him right now.

All I wanted to do was go lie down and pretend this day never happened.

“Viddy, don’t,” Dad ordered. “This is happening. If he doesn’t go to Ford’s, things are not going to go well. I know when things have escalated to the level that they have that they’re not going to get better. One of them needs to be removed from the situation.”

One of us needed to be removed, but it didn’t need to be me.

It needed to be the motherfucker that was trying to make my senior year shit.

Vance McInroy, a kid that used to be my friend, hated my fucking guts.

Why did he hate my guts? Because my father shot his, and his father died.

Where Vance didn’t think his father did anything wrong, I knew better.

My dad was a police officer.

What he did do was his job, and his job wasn’t easy.

It especially wasn’t easy for him to shoot his kid’s best friend’s father, either.

But that was what happened when that man happened to have a gun to his wife’s head.

My dad had to make a choice.

My friend’s father, or his stepmother.

Obviously, we knew which one my friend would’ve chosen.

Which was why Vance had decided to make my life a living hell ever since.

“It’s either Oakley or Ford,” Dad said suddenly. “You choose.”

I knew without a doubt that either one of my siblings would allow me to stay.

The thing was, both of them were in Kilgore, Texas. A couple hours away from where I was now.

“So what the fuck do I tell Coach when he finds out that I’m not coming back this year?” I asked carefully.

“You tell him that Vance is to blame, and if he wanted you to be there, he should’ve had your back a little better than he did,” my father snarled.

I sighed, pinching the bridge of my nose.

“This fucking blows. You know that, right?” I asked.

“I don’t want to do this to you, Banner,” Dad said. “But I’d rather you be safe, happy, and healthy than fucking in jail, or beat up because Vance finally decided to take that last step into becoming a goddamn felon.”

My dad had a point.

Vance had gotten considerably worse until the point where I didn’t know what to do anymore.

Staying away from him wasn’t working, and neither was ignoring him.

Sooner or later, things would get to the point where Vance wouldn’t skirt around the issue at hand.

Adulting is soup, and I’m a fork.

The first day of school in Kilgore, Texas proved to be a cold one.

It was unusually cold for the end of August. To the point that when I rode my bike to school that morning, I’d actually been thankful for the leather jacket that usually made me sweat.

Today was my first day of my last year of high school.

At a new school.

I was a senior.

Walking into first period—I’d found it easily thanks to a freshman that’d been looking at a map like a fish out of water.

After taking it, I helped point him to where he needed to go, but only after I’d found where my own class was.

Which led me to now.

“Ahh, you must be Banner Spurlock.” The teacher, a younger woman in her mid-thirties, smiled brightly.

She had a pair of tight black pants on that almost covered her high-heeled hooker shoes that were so tall that it would be nearly impossible for anyone else but a stripper to walk easily in them.

Then there was her starched white button-down long-sleeved top that she had rolled up at her forearms. Oh, and let’s not forget the three buttons she had undone, just barely revealing the top bits of lace on her bra.

“Yeah, that’s me,” I said, my eyes automatically sweeping the room for an open seat.

I found it in the front row, at the opposite of the teacher, and the wall.

I walked to that seat, ignoring the way the teacher continued to talk to me, and took my seat.

Once there, I pulled my jacket off, getting a better look at the girl that was next to me.

At first, I thought she was just a girl-next-door type. But then she glanced up, and I got a good look at her eyes.