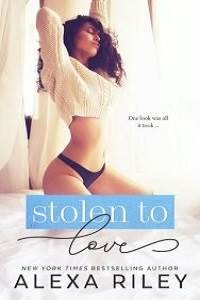 I ignore my father as I sew up one of his men. He sounds so proud of me that you’d think he’d had a hand in helping me get through college, clinicals, residency, and everything else that came along with becoming a doctor. Now he’s going to have me losing it all.

Last week he showed up at my front door with a man who looked like he’d been in a car wreck. I could only guess he didn’t go to the hospital because he was responsible for the wreck. My father had a few marks on his face that night too, so I knew he was there. He didn't tell me what happened and I didn't ask. I knew better. I went to work fixing the man and getting them out of my home as fast as possible. I told my father never again after that night, but here we are. This time the guy has a gunshot wound. It’s a through and through at least, so I know he’ll make it as long as I stop him from bleeding out.

“She is something.” I glance up at the man who’s running his eyes over me. He looks to be about my age with short dark hair and a greasy smile that makes my skin crawl. I stab him a little harder with the next thread of my needle. He lets out a string of curses and I inwardly smile.

“Respect.” My father punches him right in the mouth and I jump back as the man reaches up to cover his face. He rips a few of the stitches in the process and I clench my teeth to keep from saying something. Not because I feel bad for one of my father’s goons but because now it will take me longer.

“You’re not going to ask me how Will is doing?” My father’s voice is calm like he’s over for tea and not because someone got shot.

I take a step back to where he’s lying on my dining room table. I never used the thing but now I’m really never going to use it. Between long shifts at the hospital and my father randomly popping up, who has the time? Besides, I live alone so who would sit at the table with me?

“I could lose my license over this,” I tell him for the twentieth time and ignore his question. I could care less how Will is. When he left here he was alive.

It was a curse the day my father came into my life. I didn't know about him until a year ago since I was raised by my mom. She spent her whole life working hard to provide for us and I worked hard so that one day I could provide for her. I finally could but then she was gone. The same day I put her into the ground there he was.

My father came to pay his respects and apologized for never being in my life. He said he had no idea my mom had me and my mom had told me that my father was dead. She also told me he wasn't a good man and it was why we never talked about him. We don’t talk ill of the dead, I think were her words. But looking back, I think she just didn't want to talk about her life. At first I was angry with her but now I understand. She didn't want me to look for him and now I see why.

My father is a terrible man and I wish he were dead like my mom told me. Instead the fates took her and left me with him. Now he uses me the way I’m sure he once used her. I can tell this is his way and I’ll be discarded as soon as I’m no longer useful. I think my mom might have been his mistress when she was younger, but I don’t know much about his dirty deeds. But now that he’s in my life I have blood on my hands and I can attest to the things he’s done.

From what I’ve learned she got pregnant and took off, knowing he’d either make her get rid of me or raise me in his world. At the age of eighteen she picked up and ran. I don’t think he saw her as a threat so he didn’t go looking and I’m thankful for that. She built us a life and it was one that was safe and let me pursue my dreams of becoming a doctor. But even after all that I wasn't able to save her.

“No one will ever know,” he scoffs, thinking he’s untouchable. “Will they, Lula?” I shake my head no and get back to stitching this guy up so they both can get the hell out of my house. Now even I need to get out of this house because I know he’s never going to stop.