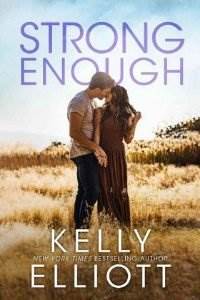 She was beautiful. Dark hair and violet eyes that felt as if they looked deep inside you. She was short, but not too short, and Lord she had a body. One I had dreamt about more than once.

She was the girl who lived next door to me. The girl I’d known my entire life.

She was also my best friend. Well, besides Brock. I guess you could say Merit was the female version of Brock Shaw. She hadn’t really hung around with Brock and me, and I liked that. I liked that we had a different type of friendship. She had been mine, only mine, as selfish as that sounded.

Merit was the girl I had grown up with and treated like my sister until she’d started to invade my dreams, and not in a sisterly way, sometime around middle school. I tried like hell to ignore those feelings deep inside when she would smile or touch me. It was crazy to think I could ever want or expect more than a friendship from Merit. Not when I had feelings for Kaci. But when I was with Merit, I seemed to forget all about Kaci and the damn games she played with Brock and me.

Merit made everything seem so easy when we hung out together. I never had to try to be anything that I wasn’t when I was with her. With Kaci, that was all I ever did. With Kaci, it was an endless competition with Brock for attention. Merit, on the other hand, always lit up when she saw me. She always made me the center point in the room when we were together.

This last year of high school, though, I had fought like hell to ignore that strange feeling I got when I was around her. I pushed her away and focused on Kaci, even though I knew that was a losing battle. Still, the idea of giving in to my feelings for Merit was something I could never—would never—allow myself to do.

That was, until now. At eighteen, I was tired of fighting this attraction. But was it worth risking our friendship? Merit was my safe place. The one person I could tell everything to and she wouldn’t judge me. The one person I would do anything for. The problem was, she knew that.

“Why are you staring at me like that?” Merit asked while she chewed on her lower lip nervously. My eyes drifted down, and I had a sudden urge to haul her into my arms and kiss her. Touch her in ways I had only ever allowed myself to dream of. Truth be told, I’d had plenty of dirty dreams about Merit. The things she would do to me in those dreams would have me waking up with my cock in my hand and her name on my lips. Once awake, though, I forced myself to think of Kaci. Not Merit. It felt wrong to think of Merit like that. At least until this moment.

“I’m staring at you because you asked me to have sex with you, Merit.”

She nodded. “I trust you, Dirk. I…I love you, but not in that way,” she quickly said, even though her eyes disagreed. How had I never seen this look in her eyes before? This want, need … fucking hell. This desire.

My heart pounded in my chest at her words. “Then, in what way, because if you say like a brother, I’m not even sure how to respond to you asking me to take your virginity.”

Merit shook her head and tried to hide the tears building in her eyes and the way her chin wobbled. She swallowed hard, possibly thinking that this might have all been a mistake.

“You told me last weekend at Libby’s party that you wanted me. You…you touched me and kissed me. I thought you wanted me as much as I…”

Her voice trailed off, and I hated the hurt I saw in her eyes.

I had done all of that. Touched her, told her I wanted her. Hell, if someone hadn’t knocked on the bathroom door, I probably would have been an asshole and taken her right there—that’s how badly I had wanted her. She had been driving me mad all night.

When Merit showed up to the party in a tight little black dress, her hair pulled up in a ponytail so the arch of her neck was tempting me, and the smallest amount of makeup on to make her violet eyes pop even more, I nearly choked on my own tongue. She was beautiful, and I couldn’t keep my eyes off of her. Not to mention all the other guys at the party couldn’t either. I hated the way they stared at her and talked about how hot she was and the things they wanted to do to her. I wanted to pound their faces in.