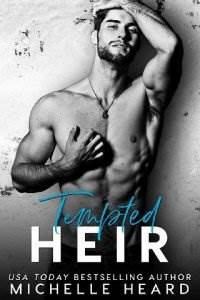 “Whatever our souls are made of, his and mine are the same.” ― Emily Bronte.

Looking at Josh, I wonder what I ever saw in him. Sure, he’s attractive, and he comes from a good family, but that’s where it ends. His demands and need to control my life is suffocating.

Turns out he’s nothing but a narcissist.

“Just leave,” I bite the words out. Josh has been going on and on about my friendship with Christopher, and it’s the one subject that’s not open for discussion.

“Leave?” He laughs as if it’s an absurd request. “You have no fucking idea what you’re doing. Don’t push me, or I promise you’ll regret it. We’ve been dating for a year, Dash. You’re willing to throw that away for Christopher? It just proves my point!”

Crossing my arms, I glare at him.

Josh claims guys and girls can’t be friends. Considering that my best friend is a guy, I disagree.

Actually, Josh has a problem if I talk to any guy. At first, it felt good to have a guy be jealous over me, but I can’t stand it anymore.

“Christopher is my best friend,” I snap. “You knew that when we started dating. I will not be told who I can and cannot be friends with. You’re controlling my entire life, and I won’t stand for it.”

“I have to control everything you do because you keep fucking up. Christ, you’re choosing Christopher over me after all I’ve done for you,” he says again, his features tight with anger. “He’s brainwashed you. It’s because I love you that I’m trying to help, baby. Why can’t you see that?”

This is why the fight started while we were having dinner at a restaurant. Now we’re back at the suite I share with my friends while attending Trinity Academy, and I just want to end things with Josh.

Lately, our relationship only revolves around us fighting about Christopher. It all started when Josh told me he didn’t like the fact that I was sharing a suite with three other guys. One of them being my cousin, Ryker, mind you. He said it was only a matter of time before I cheated on him.

Don’t eat that, you need to watch your figure because you know how much I love it.

You’ll study in my suite so I can make sure you’re actually studying.

Wear your hair up, not down.

Those shoes make you look too tall, wear flats.

Little things became big things, and here we are.

I’ve had enough. Screwing with my life is one thing, but I won’t have Josh insult Christopher.

“I won’t stand here and listen to you badmouthing Christopher. You forced me to choose,” I defend my actions. “Let’s see…” Exasperated, I hold out my hands. “The guy I’ve been dating a year who’s trying to control me, or my best friend since freaking birth?” The front door opens, and Christopher and his brother, Tristan, come into the suite just as I say, “That’s not a hard choice to make, Josh. I’ll choose Christopher a million times over the likes of you.”

A slap reverberates through me, sending me sprawling over the tiles. In absolute shock, my hand flies to my throbbing cheek, and only then it sinks in that Josh actually backhanded me.

Because of the shock, I can only blink as I watch Christopher lunge at Josh. Christopher’s fist connects with Josh’s cheek, making his head snap back from the force. Tristan is right there with his older brother as they begin to beat the living shit out of Josh.

Ryker comes out of his room and runs to where I’m still on the floor, stunned out of my mind. Taking hold of my shoulders, Ryker pulls me up to my feet, and then his arm wraps around me. I gasp as the reality sinks in while Josh grunts from the fierce blows Christopher and Tristan are delivering.

It’s the first time anyone has hit me. I’ve never even had a spanking from my parents.

Ryker begins to pull me down the hallway as he asks, “Are you okay?”

I can only shake my head as pin-prickles creep over my skin, making my cheek sting more.

Ryker ushers me to my room, and when he shuts the door behind us, it mutes the sounds coming from the living room.

He rubs his hand up and down the length of my back. “What happened?”

My tongue feels numb, and again I lift my hand to my tender cheek. “He hit me.” The words sound weird, as if they don’t belong on my lips.

I feel Ryker tense, but before he can say anything else, the door to my room bursts open. The moment my eyes lock with Christopher’s, the bubble of shock pops. A sob escapes my lips, and I begin to shake my head, unable to believe what just happened.