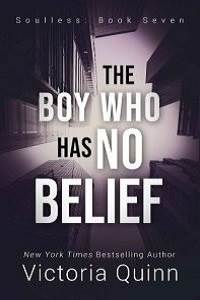 I worked at my desk in the lab building, using my device to scroll through the schematics I’d finished and projected onto the main screen so the guys could see. “Fuel proctor is here.” I marked it with my pen in red. “Protected from the oxygen tanks here.” I marked it again before moving on to the next part. “The thermal protectant of the alloyed metal is also a conductor and an insulator, so any temperature variations should be stabilized as the rocket reaches different parts of the atmosphere, regardless of the weather conditions and water particles in the air.” I moved on, going through every part of the rocket we’d designed, starting from the outside, working in, deepening the discussion to the minuscule parts that were easily forgotten because of their size, but were just as important.

My phone kept lighting up with text messages, and since it was synced to my device, they kept popping up on my screen too. They were all text messages from Ryan.

She’s not gonna have a clue.

That sexy bitch is gonna be miiiiine.

I knew he was eager for my reaction, so I quickly typed a response and moved on. Can’t wait. “I’ve gone over this a million times and think it’s perfect. All we have to do now is hand it over to the appliance team, and they’ll build it in the hangar. You want to take the night to go over it before I send it in the morning?”

“We’ve been working on this for a year,” Pierre said. “I’m confident it’s the best rocket ever built. But yeah, let’s take the night to think about it.”

I disconnected my device from the screen then stared at all the details we’d invested so much of our time in. It was the first of its kind, with autonomous navigation systems that could connect to Voyager One and Voyager Two even though they were in interstellar space. Humankind was anxious to get to Mars someday, and that wouldn’t happen unless we had the equipment to get there safely. The distance wasn’t the issue for astronauts. It was the lack of gravity. That was a problem my big brain still couldn’t solve…and probably would never solve.

Ryan texted me again. We should celebrate sometime afterward.

Just give me a time. Once the wedding came around, I knew Kevin and Tabitha would both be there, and they would know I would be there too. So, all parties involved would probably be dreading it on some level. But as long as we didn’t speak to each other, it should be fine. I’d been pretending that none of them existed for the last ten years, and I could continue to do that even when they were five feet away from me. I wasn’t some pussy who would bow out just to avoid them. They were the ones who’d decided to be despicable people, so they could be uncomfortable around me.

I tried not to think about it because any time I remembered that night, I felt just as shitty as I had then.

Jerome and Pierre packed their things and left for the day. “See you later, Derek.”

“Good work today.” Emerson told me I needed to give more positive reinforcement as a boss because all I ever did was complain about everything that was done improperly. But being a leader was about celebrating triumphs as well as scolding shortfalls.

They both stopped and stared at me, shocked by what I’d said.

I lifted my gaze and looked at them. “What?”

Pierre raised an eyebrow. “I’ve just never heard you say that before…”

Was I really that bad? Guess Emerson was right. “Well…I’ll work on that.”

“I’m fine,” I asked in confusion. “Thanks for asking.”

They walked away, and I heard Jerome say to Pierre, “Emerson has really turned this place around…”

Yeah, she had. I dropped my head and got back to work.

An hour later, the door opened, and Emerson walked inside.

I lifted my chin and looked at her, watched her walk inside in high-waisted black jeans, a gray sweater that hung off one shoulder, and black boots that made her look like she was on the catwalk instead of in the lab.

My work was forgotten.

A slight smile came onto her lips, like she knew exactly what I was thinking. “You’re really handsome when you look like that.” She took a seat on the stool across from me.

She smiled. “Yes.” She set her purse on the workbench then stared at me, her long hair pulled over one shoulder, dark eye shadow on her lids, making her look sultry.

“I must always look like that when I’m around you.”

She ran her fingers through her hair then gave a shrug. “Most of the time, yeah.”