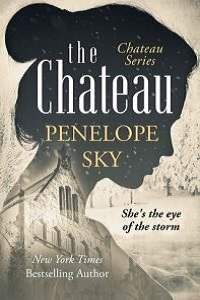 Pouring rain made the roads slick with darkness, reflecting the sliver of moon that emerged for just a glimpse between the passing clouds. The asphalt of the street and the wet concrete of the sidewalk were indiscernible from each other because everything looked black and white in a storm like this. An iron lamppost stood at the corner, the only beacon to the Parisian neighborhood.

Face hidden under the raised hood of his jacket, a young man took the steps to the front door of his home. His jacket was sprayed with rainwater, the drops bouncing off the material like smooth pebbles, and he unlocked the door before stepping into the dark apartment.

There were no lights.

No signs of life.

The clock on the wall showed the time.

He stripped off his soaked jacket and hung it on the coatrack, family portraits on the wall, a mother, a father, and four children, all dressed in sweater vests and dresses, highlighting the numerous family vacations that had been taken throughout the years, no thought to expense.

A muffled gunshot erupted in the house.

He stilled at the sound, the water from his shoes soaking into the rug on which he stood. Eyes darted back and forth as he looked into the darkness, trying to distinguish the threat he couldn’t see. Every member of his family was fast asleep at this hour.

Turning around and darting back out of the house was the smartest decision for a young man, but he remained rooted to the spot, as if he weren’t sure if he heard the murderous sound at all.

He grabbed a knife and took the stairs.

At the top of the stairs, he heard it again.

With a heartbeat thudding loud in his ears, a terror nearly paralyzing his heart, he crept down the hallway, knowing he had no chance against a gunman when he was only armed with a knife.

But his family was on the line.

The master bedroom door was ajar, the bed visible from his place in the hallway. The lump of a body was noticeable in the sheets.

He crept into the room and grabbed his mother by the shoulder. “Mother.” He gave her a gentle shake, looking back at the door to watch for the assailant that was creeping in his home. “Mother.” He shook her again, his restrained voice under a cloak of a whisper.

When he shook her again, he noticed the dots of blood on her pillow.

That was when he noticed her open eyes, the ghost of life in her gaze, the sudden feeling of death.

He jumped back, stepping away from the bed as if he might be sick. Tears welled in his eyes, but the current threat in his home restricted the sobs to the backs of his eyes and not his throat.

When he crept back into the hallway, he gripped his knife a little tighter, with more resolution than before. The next bedroom belonged to his younger sister, and when he spotted her motionless in the bed, he knew she’d met the same fate.

He didn’t even bother to walk inside.

Footsteps sounded farther down the hallway, a man’s footsteps audible to his sensitive ears.

He held his breath as he listened.

The door creaked slightly as the man entered the bedroom of his older brother.

Then another gunshot sounded.

And he knew his brother’s fate.

He moved into the bedroom and found his younger brother lying on his back.

But he was breathing.

He set the knife on the nightstand and gripped him by both arms before he gave the boy a harsh shake. “Wake up.” He placed his hand over his mouth so he wouldn’t scream in protest.

But he didn’t wake.

His eyes moved to the cup of water on the nightstand, the murky color of the liquid, as if something had been dissolved for every member of the family to drink. His own bedroom was last, so perhaps that murderer assumed he was in bed like everyone else.

His arms scooped under his brother’s limp body and curled him to his chest. He groaned as he used all his strength to lift his brother’s weight as he rose to his feet. There was nothing he could do for anyone else, so he carried his brother into the hallway, casting a glance in the direction of his assailant. The coast was clear, and he made for the stairs.

“What…?” His brother stirred from sleep, moving slightly, his voice muffled from the haze of the sleeping pills.