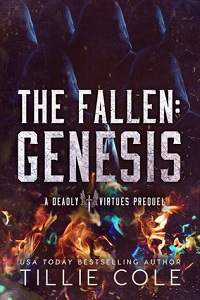 The sound of muted, muffled screaming ripped Joseph from his sleep. The heavy clock that hung on the wall stuttered, its echo bouncing off the plain walls of Holy Innocents Home and School for Children. Joseph opened his eyes, a familiar blanket of darkness welcoming his rise. He blinked into the dark, allowing consciousness to prevail. His mother’s dream-face evaporated with the riddance of slumber.

The muffled noise that had awoken him sailed into his ears again. Joseph tried to sit upright, but something tugged on his arm. Tendrils of fear choked his heart when a dim lamp flicked to life across the room and his younger brother’s face rose from the shadows and turned toward the source of another wail of pain.

Panic surged through Joseph’s veins, clogging like tar. He pulled on his arm, the rope that held him in place barely budging as the rough fibers sliced into the delicate skin of his wrist. “James,” Joseph whispered, vainly trying to appeal to any good that might still live within his brother. But it was clear by the way James continued to stare across the room, head tilted to one side, that Joseph’s words had not penetrated through his brother’s mist—the red mist that held James captive. The same bloodlust that had begun as a sporadic flicker of an ember as a toddler but now resembled a constant bonfire of insanity and the turbulent need to inflict pain. The all-consuming red mist that day by day, year by year, had garnered control of James’s heart and soul, robbing him of any ability to feel, to understand empathy . . . to care for anyone or anything but the insatiable call of whatever darkness now controlled his senses.

Evil. It was evil. A kind of evil Joseph couldn’t comprehend and had no idea from where it stemmed. An evil Joseph had tried to hide from everyone else outside the room they shared. Shielding his brother from anyone who might suspect that something wasn’t quite right within James, how he thought of nothing but death and violence and blood.

It was always about blood.

Joseph had one purpose in life—to care for James. He was all Joseph had in the world, but for Jesus and God.

“James,” Joseph whispered again, harsher this time. But the plea fell on deaf ears. Joseph watched helplessly as James moved from his place against the far wall toward a boy on a chair on the opposite side of the room. A boy who had slim knives embedded in his arms and legs—a human pin cushion.

Joseph shivered as he recalled his brother’s expression a moment ago as he’d sat and stared at the knives he had sliced into the boy’s flesh. James, the sadistic voyeur of his own work. Joseph’s nervous eyes landed on his brother’s target. The boy was bound with ropes, and a washcloth was stuffed into his mouth, silencing his cries.

Fear flooded Joseph’s body. Luke, the boy who had been intent on bullying James since the age of eight. The boy who would spit at James’s feet when they walked by. The boy who call him weird, a goth, a psychopath who rarely spoke. His taunts were endless. Joseph didn’t think the verbal bullets had ever hit their target . . . until he’d found a pad of paper hidden underneath James’s bed. A pad of paper showing in graphic detail what James wanted to do to Luke.

Then drink the blood down.

“They’re just fantasy, right?” Joseph asked James when he returned from detention. Joseph held up the drawings. Page after page of pain and despair and cruelty.

James walked slowly to Joseph and ran his hand down the open page of the pad, delicately running his fingertip over the pencil image of Luke’s slit throat. “It’s a promise,” James said, with no shame in his voice. “Each page is what will happen to Luke.” James finally met his older brother’s eyes. “I’m just waiting for the perfect time.”

From that day on Joseph made sure Luke never got too close to James, for fear of what his younger brother would do. Because Joseph believed every word his brother had said.

The truth was, Joseph knew that someday, if he wasn’t stopped, James would do something so terrible he wouldn’t be able to come back from it.

And Joseph had no idea how to cure James. He didn’t know how to heal his little brother of the wretchedness that had lodged itself into his soul. He prayed for a miracle he knew would never come.

Joseph’s heart pounded as James held up another knife. His brother’s torso was bare, the scars from his frequent self-mutilation clear to see, white roads of flesh mapping the veins that ran under his skin. Veins that carried the blood James so desperately craved; nightly, once safe in their room, he would slice them open and lick the falling drops as they ran in crimson rivulets down his arms.