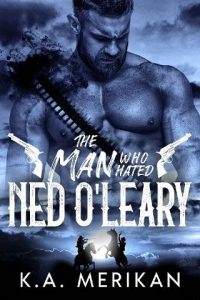 “Oh come on, Cole! Don’t be such a killjoy, and take the picture,” Lars urged, climbing the wooden sculpture of a beaver in the middle of town.

“I already took one of you yesterday.”

“But just look at this thing!” Lars laughed and positioned himself with one foot on the figure’s shoulder and the other on its head, as if he were the conqueror of Beaver Springs.

A photograph of Lars and the unsightly beaver would make for an amusing memory, which was the most Cole could ask for in this godforsaken town. Lars stood proudly, posing with a shotgun resting against his shoulder, and the long pheasant feather adorning his hat trembled in the cool spring breeze. It was a chilly March day, so he wore his embroidered sheepskin jacket, which made him look even dandier than usual. Cole wished he could capture the ice-blue of the smug bastard’s eyes, but unlike paintings, his box camera showed the world in shapes and shadows of gray.

Two middle-aged ladies strolled by, their mouths crooked into horseshoes, as if they’d both had lemons for breakfast, but Cole ignored them and raised the camera, taking in Lars’s tall, handsome form. But while one of the women chose to let it go, the other stopped and raised her voice.

“Young men nowadays. They have no respect for anything.”

Cole exhaled and took the photo before glancing her way. “Apologies, m’am.”

“He apologizes,” she hissed, shaking her head. “All empty words!”

Lars laughed, climbing down from the sculpture with the grace of a wild cat. “I am so terribly sorry,” he said and took off his hat to make his point more dramatic. His accent must have already piqued the women’s interest, but the shock of bright blond hair drew attention to him just as much. “In my home country of Norway, beavers are sacred animals. There’s even legends about an old god with a beaver tail and teeth. When I saw this magnificent creature, I had to make sure to keep its likeness for posterity,” he said and smiled widely, revealing his massive teeth with too-long fangs. Cole had counted them more than once, because he was sure there had to be more in Lars’s jaw than it was natural, but each time the conclusion brought him the same results. He was a man like any other. Only larger than life.

Lars had been five when he’d left Norway, but while Cole had found out many things about the man’s family and heritage during their two-year long partnership, he was positive that the beaver god story was yet another instance of Lars talking ballyhoo.

He did it to get out of trouble, to draw people’s attention, and to charm his way into men’s pants. And he was damned effective at it.

The two women stared at him, flabbergasted.

“Oh… how very interesting,” the brave one said, adjusting her pink hat.

Cole bit his lip to keep from laughing and put the camera back into the satchel designed to keep the device safe. He’d traveled with Lars for long enough to know the man wasn’t more trustworthy than any other fellow, but their arrangement would continue for as long as it was convenient. It gave Cole the comfort of knowing exactly where he stood. He’d enjoy the easy conversation, Lars’s body, and the money from bounties collected together for as long as the good times lasted. He and Lars made a good team, even if their beginnings had been far from pretty.

A bounty hunter by profession, Lars had tracked Cole down, captured him in a moment of drunkenness, and before Cole knew it, there was a pistol aimed at the middle of his forehead. As unfortunate as he’d felt at the time, he managed to convince Lars that his presence was worth way more than the money on his head, and they’d been working together ever since.

It worked out between them in bed too, which, Cole didn’t doubt for a second, had prompted Lars’s decision to not turn him in after all. But bygones were bygones. Their sort-of relationship would have been more satisfying if Lars were to open his legs for a fucking now and again, but it would be foolish to attempt to find everything in one man. As long as Lars kept his mouth shut about what he thought of Cole indulging in men’s backsides, they were good.