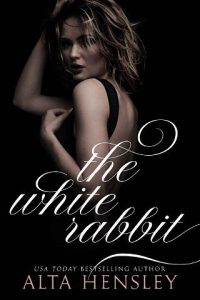 This should be mine.

The dripping chandeliers, the gowns, the diamonds, the exclusive money that oozes from every crack of the mansion. Black and gold decorations with a pop of red represent the Morelli family. Rich with undertones of blood.

Not my family… but it should be.

“This was a bad idea,” Sasha Morelli says as she stands next to me, nervously running her finger along the edge of her champagne glass. “I should have never snuck you in here. You’re going to get caught. We’re both going to get caught. I don’t think you realize how much trouble we could get into.”

“I know it’s not safe to be here, and I know what happens if I’m caught. I’m quite aware the bastard does not belong at a Morelli party,” I tell my cousin, wishing I didn’t have to be brought in through a back entrance.

“I hate when you call yourself the bastard,” she says.

“It sounds harsh, and I don’t even know why you want to be part of this family. It’s fucked,” she says. “You care too much about them.”

She’s right. I should be past my Daddy issues by now. I shouldn’t care what they think… but I do.

I watch my secret half brothers and sisters work the room with a skill and finesse you can only be born with. Yes, they’ve had the grooming, but there is so much more they have that I don’t. They represent wealth, power, and everything I desire. Dresses and tuxes worn that cost more money than I will ever see or even come close to having. They possess everything… and I have nothing unless I earn every cent on my own.

They have the Morelli name.

Jealousy is an ugly bitch. I know this, but the green-eyed monster takes hold and refuses to let go. I’ve tried to walk away and never look back, but I can’t. The claws of the beast hold me in place—looking in from the outside.

I scan the room for my father. Bryant Morelli is somewhere, but where? Would he recognize me? Doubtful. But if he knew I’m crashing his party, he’d have me escorted out before people could even blink. So, I’m careful to not draw attention to myself as I watch.

I watch from afar, like always. It’s what I do. It’s who I’ve become.

I’m hiding by a sculpture that is decorated with nothing but red roses on every square inch of marble. A smaller one that no one seems to notice next to the huge, glimmering one that forms the centerpiece of the ballroom. It seems only fitting that the bastard daughter hides next to the bloodred-colored sculpture. I’m here, but not really. I watch as the guests continue to arrive, grateful that they scored an invitation to such an exclusive event. An invitation I never received.

The good, the bad, and the in-between mingle within these walls. Secrets, gossip, and threats blend with the music playing in the background.

I’ve studied each person on the guest list. I’ve researched, watched, and learned. Being the bastard gives me one advantage. I know them, but they don’t know me.

Bubbles of champagne blind all, and I’m out of sight which gives me the perfect view when he walks in. Of course, he would be a guest. How could you have a party and not invite him?

Aside from seeing my father, it’s actually him who I’ve been excited to see.

He’s notorious, mysterious, a recluse of sorts, and only the most powerful get to be blessed to be in his presence. He rarely leaves his mansion, but this is the Morelli party after all, so even he doesn’t turn down the invitation.

His name is known in the underbelly of the dark world.

“That’s Nick Hudson,” Sasha says to me, as if I don’t already know.

He’s not a Morelli. Actually, quite far from it.

He’s wearing a black pinstripe suit and holding a black cane with a ruby perched on the top. He walks in cadence with the music playing in the room. Tattooed hands, neck, and intricate tats on each side of his shaved head gives off an air of danger—and sparks the wannabe bad girl locked inside of me desperate to come out. I don’t need to see what’s beneath his suit to already know that he’s inked from every square inch of his body.