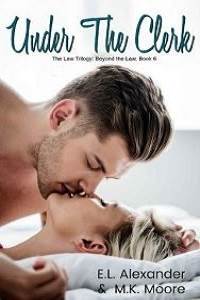 The Buckle, a dusty cowboy bar just outside Silver Falls is the perfect place to get over the disaster that was the first day of my criminal trial, I think as I get out of the cab and walk into the bar. The judge immediately threw most of my charges out, but I am still facing ten years in prison for check fraud and I can't do that for many reasons. The most pressing is that I am innocent. I know everyone charged with a crime says that, but in my case, it's the God's honest truth. I don’t handle change well and going to prison would be agonizing for me. I also don’t want to lose my job at Majesté, where I’ve worked for the last six months as a seamstress. It’s a fashion house in the city that took a chance on me right out of high school. I have the opportunity to work with some of the best fashion designers in the business, and I refuse to blow it. They understand me. Apparently, creative types are prone to some eccentricities and I fit right in.

Stupidly, the night I graduated from high school; I made a mistake. I got mixed up with a bad crowd before school ended. I had never had a friend before, and I thought I needed some. So, even though I was uncomfortable, I made myself go out with them. I had been working on the social anxiety and straight-up fear I feel every time I have to talk to someone who isn’t my immediate family. As I said, I’ve never been a fan of change.

When I was younger, I couldn’t handle it at all. It would lead to knock down, drag-out fights between my parents and me. Eventually, everything set me off. Regular pizza for dinner instead of French bread pizza, the color of the hair bow Tina Adams wore to school, things I shouldn’t have even noticed or cared about got me going on a tangent. Even things NO ONE had control over, like the sky being blue, set me off. I couldn’t figure out why it wasn't green.

Finally, we, as a family, couldn’t take it anymore. After some testing and observation, I was diagnosed with Social Anxiety Disorder, among other things, and was given the tools and counseling needed to help me in social situations. I’ll always have it, but I am coping with it as best as I can.

That night my new “friends” and I went to the movies, which I hate because I have to talk through them, and I was told that people don’t like that. See, I had to be told that people don’t like that, that it’s not normal. It’s little things like that which get me in trouble. I waited in the backseat of the car while my so-called friends broke into a business and stole things, including blank checks.

I didn’t know they were doing it until I was arrested three days later. I was seen clearly in security footage waiting in the car as the getaway driver. I didn’t even know how to drive at the time, which I tried to explain but everything I said fell on deaf ears. I also couldn’t explain how a signature quite like my own was on the back of a check they had stolen and forged. I never saw any checks, but this is what I’m facing. They let me off on the criminal trespassing charges as well as burglary, but my signature is pretty damning, at least that’s what my lawyer says.

Days like today, the ones where I have no choice but to be around a bunch of people, still has me freaking out. I know that I can’t run and hide, as much as I need to. I have to face this head-on. This case has been going on three years now, and it kept getting pushed back, but it finally began today. Now, I need a quiet place to think. I had asked the driver to stop at the first bar that wasn't busy, and he said he knew just the place. So many people kept talking to me, and I can’t handle it anymore today. I am going alone, which I hate since I’ve never been to a bar before, but I can’t tell anyone what I’m doing. One drink and then I’m going home to wallow in my misery, which I technically shouldn't do being on bail, but I'm going to. The Buckle is perfect because no one will know me here. Besides, there are only two vehicles in the parking lot. I sit down at the bar taking in the room. It's dark and worn. Within seconds, an older man comes up in front of me, a hot pink hand towel over his shoulder.