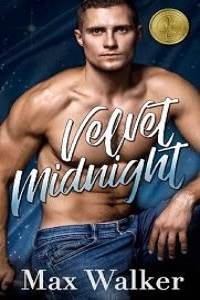 The Gold Animal Sanctuary was decked out for our twenty-fourth birthday. The trees had colorful rainbow streamers hanging from them, and most of the animals were wearing party hats, which looked extra funny on the bouncing Tammy, our North American river otter, who enjoyed hanging out with us more than the dogs did. She was currently playing with my twin brother’s shoelace.

“Dusty, I think she’s trying to tie your shoes together,” I warned.

He laughed and playfully rolled Tammy over on her side. She rolled right back and got to work with laser focus.

Brandon, my brother’s husband, laughed a big booming laugh as he walked over to the table. My moms flanked him, laughing equally loud, Mia holding a large golden bag in her hand.

“You guys need to hear Brandon’s impression of Donald Duck. It’s creepy,” Ashley said, sitting down next to me. She put a hand around my shoulders and pulled me into a tight side hug. Her hair smelled like it always did: strawberries and vanilla.

“Happy Birthday, Benj,” my mom said, kissing the top of my head. She leaned over and kissed my brother’s head next. “Dust, my two loves.”

The table cracked up as Brandon took his seat next to Dusty. We were outside next to the pool, and I had to admit, looking around at the smiling faces that came together for my birthday made me feel really good. A foreign feeling lately, which made it all the more sweeter.

“All right,” Mia said, setting the bag on the table. Uncle Peanut and Aunt Gabbie, two best friends who lived next door and were honorary members of the Gold family, moved their seats over so my mom could take center stage at the table. Uncle Peanut, dressed to the nines, kept checking his watch, which Aunt Gabbie loudly ribbed him about. I didn’t mind. He had a date tonight, and the excitement was clear on his face.

Hey, at least someone at this party is gonna get it in.

I rubbed the back of my head and tried not to think too much. That’s what ended up getting me in trouble. I wanted to enjoy today, and that meant making a conscious effort to enjoy it. Lately, shit had felt so empty, my life looking like a boring blank canvas, that I almost forgot I even had the ability to enjoy anything.

My sister, Kaitlyn, reached for the golden bag, but my mom pulled it back. The only one missing today was my older brother, Maverick, who said he’d be arriving late.

“Eh, eh, eh,” she said, wagging a finger in the air at my sister. “Tradition says birthday boy reaches into the bag first. Since it’s a tie, we go by time of birth, and Benji, that means you go.”

The Gold Grab Bag. My moms’ favorite moment at any birthday, and all of ours, too. Inside the bag was a collection of cards, each one with a photo of one of the animals that had been rescued, rehabbed, and released by the sanctuary. On the back of each card was either a challenge or a prize. One of those cards was golden, and whoever pulled that card had their choice of whatever other cards someone else chose. So after three rounds, someone might have accumulated sixty bucks in prize money only to have it snatched away at the very last round from a golden card pick.

It was a fun time and kept a few healthy grudges running in the family.

I reached in and shuffled around a bit, everyone’s eyes on me.

“Annnnd,” I said, pulling out the card. “It’s one of the cheetah cubs.” I lifted the card and showed it around the table. On the back, it said, “You now have to pick one person to race two laps around the yard. Winner gets twenty-five dollars.”

There were a few choices I could go with. I knew Mia didn’t love running, although no one could ever catch her on horseback. Although Uncle Peanut was older, his nickname growing up had been Jack the Crack of Lightning (which he shortened to Jack the Crack sometime in college, a story he loved to tell), so I definitely wasn’t choosing him. Kaitlyn was also a track star, and Brandon would have smoked me.

He already saw it coming, standing up with a roll of his eyes. He adjusted his glasses and headed to the start line Ashley pointed to. Even though we were identical twins, the two of us were pretty different. My brother worked for NASA and had a brain the size of an orbiting moon, while I had concentrated on other muscles throughout my life. Lately, though, I’d been slacking with my fitness routine, so it really could have been anyone’s game.