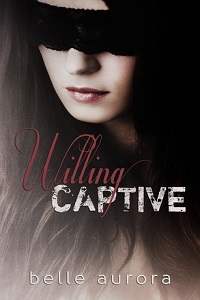 A series of unfortunate events

She wrapped her small hand around his thick girth and squeezed. “I can make you happy. Just give me a chance, baby.”

“Don’t do it, Brock. Don’t fall for it,” I mutter to myself. Tapping the screen on my eReader to turn the page, I cringe and whine, “Oh, you stupid son of a bitch! She’s sleeping with your brother!” Shaking my head, I sigh, “Serves you right for falling in love with a ho.”

My bedroom door opens and my sister, Terah, creeps in and shuts the door behind her, careful not to make a sound. I look at her ensemble and already shake my head vigorously. Her face pleads. She says nothing just smiles huge and nods excitedly. I sigh, “No, Terah. I almost got busted last time.”

“Lily, you’re gonna dry up like an old prune. You’re only twenty-two, sweetie. Live a little!” She sounds exasperated.

Suddenly feeling defensive , I scowl at her. “I live just fine, thank you very much.”

Terah’s face softens, and she sits on the edge of my bed. “He can’t hold onto us forever, you know? We gotta grow up sometime.”

I hate when she’s right.

My name is Delilah Flynn. Everyone, except my dad, calls me Lily. I spend most of my days right here, in my bedroom. This has not always been my choice, but over the years, I’ve grown to love my room. It’s become a sort of sanctuary to me.

In this room, I can be who I want to be. No pressure. No expectations. I can do as I please. And I like it like that.

Our family owns a transport company called Flynn Logistics. My father came over to America from Ireland when he was thirteen. His family had nothing. When I say nothing, I mean nothing. He tells me stories about how my grandfather would come home from work and remove his coat only to hand it to my father so he wouldn’t be cold when he walked to his job as a grocery store shelf stocker.

They had to share a coat. It was a communal coat! That’s how poor they were.

Mom met Dad when she was in high school. High school wasn’t really an option for my dad. His family couldn’t afford it, and back then, there was no shame in that. Mom and Dad happened to live on the same block and soon became friends. A year passed and Mom fell hopelessly in love with Dad; she never cared about the fact that he was poor. Her family wasn’t much better off. But she figured if she could only have him as a friend, she’d somehow deal with that. What she didn’t know was that dad loved her just as much, maybe more, but he wouldn’t ask her out until he was sure he could provide for her properly. Dad says he loved her before he even knew her name.

Talk about being brought up with an unrealistic view on love, right? Like that would ever happen to me. The probability of that happening to anyone is maybe one in a billion.

I admire my dad so much. What he’s accomplished in his life is short of miraculous. He started working in a transport sorting center when he was sixteen for a major logistics company. He spent the first year working his ass off and showing his superiors he was reliable and enthusiastic. Eventually, he was moved up from the sorting center to manager of transport. He spent five years with them and learned all he could. From packing and shipping items, to understanding how sorting machine do what they do then working up to managing a ground crew. He saved every spare penny and resigned when he was twenty-one. That’s when he started Flynn Logistics. It was a huge risk. Luckily, it was a risk that paid off. As my dad always says in his thick Irish brogue, “Can’t lose a thing if ye’ve got nothing to lose.”

Flynn Logistics now goes head-to-head with the major transport companies. We’re competition, a huge threat to them, and I see the pride light my father’s face whenever this fact is brought up.

My father is somewhat overprotective. When I say he’s somewhat overprotective, it’s kinda like Channing Tatum being somewhat good looking…as in tremendously. So, here I am, a grown woman with my sister as my only friend. If I want to leave the house for anything, anything at all, I need an escort. The same goes for my sister, but she’s sneaky and finds ways around the rules. I never really understood why this was, but my father is not a person you argue with. Don’t get me wrong, my dad is a loving, caring man. He rarely raises his voice to anyone and it takes a lot to get him angry. He’s a good dad, just a little over the top and extremely paranoid. But in our household, my father holds a lot of respect, respect he’s earned. So, rule number one, you don’t ever question my father.