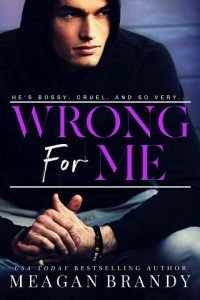 My mom told me a new girl was moving to the neighborhood soon, and there she is.

I thought she’d be big, like me, but she’s not. She’s small with muddy knees and messy hair and mismatched socks.

I don’t know any girls who get dirty without whining about it, but it doesn’t seem to bother her none. I can tell ‘cause she won’t stop smiling to herself, even though she’s messed up whatever it is she’s trying to draw three times now. Every few minutes she sits back on her heels and looks over the crooked squares, bright pink chalk in one hand, Push Pop in the other, and then she starts over, moving to a new spot in the driveway.

She bends, getting ready to try again, and this time I can’t see her over the bushes, so I decide to walk over.

As soon as I step onto the cement, her voice hits me, and my feet stop moving.

The girl is singing quietly to herself. It’s not a song I’ve ever heard but I like it. It’s pretty, soft sounding. A sound that makes me want to lay back in the grass and close my eyes.

I once heard my mom call a lady dancing on TV graceful. I think that’s what she is, graceful. I step closer, and my palms begin to sweat.

She sits back again, looking down at all the squares, finding each one more crooked than the last.

I want to fix them for her.

Still, she doesn’t get upset, but glides over and tries again, still singing the nice song.

“Hi,” I speak loudly, making her jump and she quickly looks over her shoulder, red candy leaving a sticky streak across her cheek as she does.

“Hi!” she giggles, jumping up, and for some reason, I stand there and stare.

Her eyes are wide and blue like the ocean, her smile just as bright and big.

When she tucks her tangled hair behind her ear, I look away.

“Why’d you move in, in the middle of the night?” I ask, glancing behind her at all the empty boxes in the driveway.

“My dad says when it’s dark is the best time…” she whispers, trying to make her little voice sound scary. “When nobody can see our shadows.”

When I smile, she laughs again, tilting her head as she looks up at me.

My body starts to warm, embarrassed maybe, so I drop my eyes to the drawing, finally seeing what she’s been trying so hard to make. “Hopscotch?”

She starts to chew on her lip and I remember she asked a question.

I bend, taking her spot on the ground and lift the blue chalk, ready to draw her the best Hopscotch game she’s ever seen.

But I only get the first line across when footsteps ring behind me.

I squeeze my eyes shut, wishing him away. I just want to talk with her by myself a little longer.

She jumps again, and I grin when she doesn’t share the same smile with him as she did me just minutes ago.

“You’re playing with her?”

“You never want to play with any of us.”

He’s talking about all the other kids on our street.

The girl smiles at her feet and I stand a little taller.

“Whatever.” He shrugs, glancing from the ground to the girl. “I’m Rowan. What’s your name?”

She looks at me briefly, almost as if she wanted to tell me first, but turns her eyes back on him. “Oakley.”

“Awesome! You’ll be in my class!” he smiles.

And this time, she smiles back.

I watch, disappointed as he grabs for her hand and starts to pull her away.

“Come on, my friends – they’ll be in your class, too – are playing tag over there!”

She looks the way he points.

Oakley hesitates at first, her sandals not moving from where they’re planted, but with an extra tug, he has her beside him. She looks back once, her big blue eyes now pinched tight at the sides, but then she’s running away, her hand in Rowan’s.

I force myself not to look at them again as disappointment I’ve never known and can’t explain flows through me.

She was my friend first.

She’s gonna fall, I know it.

Why does she always have to do boy stuff?

With a sigh, I inch closer, keeping myself far away enough so it doesn’t look like I’m following her, but close enough in case she freaking hurts herself. Again.