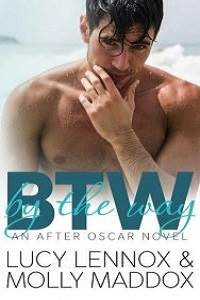 We called it Gilley Labor Day because it wasn’t the real Labor Day. We celebrated ours the following weekend, after most of the tourists had checked out of the inn and the Cape had begun to thin out now that the season was officially over.

I loved Gilley Labor Day. After we posed for family photos on the bluff, Nana and Grandpa always threw a huge barbecue on the back patio of the inn for anyone in McBride who wanted to come join us, and we’d all eventually move down to the beach for a bonfire with plenty of beer and the sweet treats my cousin Karlie liked to make. We’d stay up late celebrating the end of another summer season, even though the inn itself hadn’t been doing very well in years.

But I had a plan for that.

I’d been researching similar vintage motor inns across America that had been successfully renovated, and I was finally ready to propose my ideas to Nana and Grandpa. Hopefully they’d see the promise of a return to the Sea Sprite’s former glory. If we could rejuvenate the inn, it would bring new energy and income to the town.

“Nana,” I said, carrying the last of the groceries into her kitchen. “Can we go over my plans before you have to start cooking for the party?”

My grandmother looked up from her phone, and her face softened into the affectionate smile she always gave me even though I was halfway into my twenties now. Her steel-gray braid was still as thick as ever, and a few wispy pieces of lighter gray floated around her face. Even at age eighty-two, she didn’t need eyeglasses. Grandpa called her his eagle-eyed wife and always joked he couldn’t get away with anything when she was around.

“Of course we can. Your grandfather is cleaning off the dining room table so you can spread out your papers. Why don’t you pour us some lemonade from the pitcher in the fridge and we can get started?”

I moved to the old cabinet beside the refrigerator to get the glasses. The door didn’t close quite right since the wood had been painted over so many times. Inside, the selection of glasses included old Casper the Friendly Ghost and McDonald’s Hamburglar glasses, the kind they swore you used to be able to get at fast-food restaurants. Over the years, the designs had faded from washing to the point the Hamburglar looked like more of an old-timey prisoner than a fast-food icon.

Once I’d poured the lemonade and joined them in the dining room, Grandpa looked up from today’s copy of the Cape Cod Times. The biggest story on the front page was about cranberry farmers. For some reason, Grandpa delighted in teasing his friend Eddie Beaupré about cranberry farming drama since Eddie had passed down his bogs to his granddaughter Kate. The two of them now watched Kate Beaupré take on the world as the feisty head of the Cape Cod Cranberry Growers Association.

“She’s at it again,” he said with a chuckle. “You’ll have to read this later. But let’s get to the important stuff. You finally have your plan together for us? We’re anxious to see your ideas.”

I set my pocket folder down on the table and opened it up, pulling out sketches and clippings before sliding them over so Nana and Grandpa could see. “The sketches are my idea for the Sea Sprite. The clippings and other printouts are examples of other motor inns across the country that have done a similar renovation and rebranding while keeping the same retro vibe.” I pointed to one of the printouts. “The Big Easy Pull-Up is a motel outside of New Orleans that did this two years ago, and their vacancy numbers are incredible now. They’ve taken their story—not just the new look and feel, but their entire renovation project story—and gone to some of the renovation blogs and tourism blogs to get media coverage to create buzz. Everyone loves a good Before and After story, especially one with the kind of history we have here at the inn.”

Nana winked at me. “You may have to tell your grandfather what a blog is, Sawyer dear.”

My cousin Karlie’s voice came from the kitchen in a shout. “It’s like newspaper but on the internet, Grandpa. And with a lot more opinion pieces and pretty pictures.”

“Eavesdropper!” I shouted back.

“Suck it!” she replied with a laugh.

I heard a deeper man’s voice coming from the kitchen, too, and rolled my eyes. Nana caught it.

“He’s trouble,” she muttered. “Never liked the two of them together. Wish he’d take a long walk off a short pier.”

While I definitely agreed, every time I tried to talk to Karlie about her idiot boyfriend, she shot me a look and changed the conversation or even simply left the room. I ignored them and tried to stay focused.