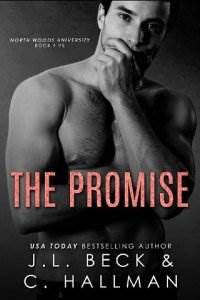 My feet hit the grass-covered ground below my window, and I start on a dead run. I don’t think anyone heard me sneak out, but I’m not taking any chances. I can’t, won’t get caught, this might be my only chance to do this. My only chance to escape my father’s clutches. I have one single night of freedom, a few stolen hours away from a jail sentence I’ll have to endure my entire life. Tonight is for me. It’s my one saving grace.

Without turning to look back, I run nonstop until I make it to the bus station. My lungs burn, and my legs ache from the sprint, but I know it’s all going to be worth it. When I get to the station, a bus is just about to leave. Getting in, I don’t even bother looking where it will be going. I just need it to take me away.

Digging through my pocket, I get out the small stash of cash I’ve saved up. I pay the fare and find a seat toward the back of the bus. A woman about my age is sitting on the other side of the aisle, and curiosity gets the better of me.

“Excuse me,” I say, getting her attention. “Where is this bus going?”

She looks up from her phone just long enough to answer. “North Woods.”

“Thanks,” I murmur and settle down in my seat. North Woods, here I come.

Two hours later, the bus pulls into the North Woods bus station. I step out in awe. It’s dark now, but there are still people out and about.

Looking around, I try to orient myself, but I have no idea where I’m going. So I decide to follow the others that got off the bus. Most of them are walking in the same direction, so I assume they must be going somewhere.

It only takes me a few minutes to realize where everyone is headed. After a short walk, a large building comes into view. No, not just one building, a whole campus.

I stop in front of the large sign decorating the pristine lawn. North Woods University.

Standing there for a few minutes, I think about how good it is that fate brought me here. I’ve always dreamed about going to college, but my father wouldn’t allow it. “Women don’t need an education, they need to marry, cook, clean, and bear children.”

That might be the life my family wants for me, but I will not have it. If I run away, they will never stop looking for me, but if I do something else… something drastic enough… they will shun me. They will kick me out and disown me as a daughter. Which is exactly what I want.

“Let’s go bar hopping!” A guy screams behind me, dragging me from my thoughts. His friends yell in agreement as the whole group walks across the street.

Keeping my distance, I follow them to wherever these bars are. That’s exactly what I need. The guys ahead of me walk so fast that I end up losing them, so I just keep walking in the same direction until I come up to a bar.

Loud music and laughter filters through the closed door and tinted windows. A sliver of doubt runs through me as I reach out for the door handle, but then I remember my father’s words, and the decision is clear again.

I open the door. The noises go up from a one to a ten. The music is so loud I can feel the pressure in my eardrum. The air is thick with the smell of alcohol, sweat, and cigarette smoke. I force my feet to carry me inside, regardless.

My heart is beating furiously against my rib cage as fear weasels its way up my spine. Taking in the people inside the place. I quickly realize that most of them are men… older men. In their late twenties and thirties. Definitely not the college crowd I was hoping for.

This was a bad idea. Maybe I should go to a restaurant instead. Spinning around, I head back to the door I just came through. Before I can take a single step, a large man cuts off the way, wedging himself between me and the exit.

“Hey gorgeous, why’re you leaving so soon?” he slurs, his eyes glassy and unfocused. He looks down at my body, and I suddenly feel exposed and vulnerable.

“Sorry, I just want to go,” I say, doing my best not to sound too desperate. I try to step past him, but he grabs my arm and pulls me closer to him, ignoring my obvious disinterest.

I’m already shaking my head, but he is still not getting it. He keeps pulling me in his direction, his fingers digging into the tender skin on my arm. I look around, hoping someone will come to my aid, but the other patrons are too busy with themselves. No one is even paying attention. Panic gets a hold of me, like claws ripping into my flesh.