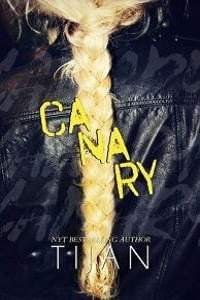 I should’ve been fazed that I was about to witness a murder. I wasn’t.

Sad to say, but this was my new normal.

I was in a motel room. A large plastic sheet covered the floor, and a guy sat on his knees in the middle of it. My boss stood over him. He took his gun out, pressing it into Knee Guy’s mouth.

“You’re going to tell me who sent you, you motherfucker,” he growled.

That was my boss. Raize. He was on a kick today. The “motherfucker” bit was new.

He’d used it to the point that I wondered if he called his mother motherfucker, and if so, did she reply with who actually fucked her? Probably not.

I couldn’t see Raize having a mother.

Knee Guy was sobbing, making pleading sounds around the gun’s muzzle, and a distinct smell filled the room.

“Ah, man.” One of Raize’s henchmen groaned, shifting on his feet. “He just pissed himself.”

Henchman Two gave him a look. “Shut up.”

Henchman One was new. I called him Henchman One because he acted like there was a hierarchy, and he was on top. I didn’t know his name. I’d learned it was easier not knowing their names. Raize had hired him a week ago, and I was surprised he was griping so much. Raize didn’t put up with attitude from his goons. Maybe this one hadn’t been around long enough to realize that.

Raize took the gun out of the guy’s mouth and turned, pinning Henchman One with a look. “You got a problem?”

Henchman Two glanced my way. Then we both made sure not to make eye contact with Henchman One while he was looking around for allies.

Oh, wow. Look at that floor.

It was a beautiful myriad of…plastic. All different colors in that plastic down there.

“Can’t hear you, motherfucker.” Raize took the safety off his gun.

Yep. I recognized the slight sound of that by now. This was something else that should’ve fazed me. But all I did was move to the side, farther away from Henchman One.

Knowing my boss, I knew Raize didn’t miss. But the blood would be a bitch to wash out. I’d have to shower here, and there was an ick factor involved with showering a door away from two dead bodies.

Henchman Two moved with me.

He’d been with Raize for the last month and was proving to be smart. He’d last longer than Henchman One, that was for sure.

There were two main rules you had to follow if you worked with Raize. One, do whatever he tells you to do. And two, don’t bitch about it. This guy was bitching. Our boss did not have patience, hence why this guy had been hired in the first place. He was filling another guy’s spot who hadn’t followed one of those two rules. I didn’t know which. But he was there one day and gone the next. This new guy showed up for lunch, and then we were off to do whatever Raize needed us to do.

Raize glowered at him, and it was ugly.

Not that Raize was ugly. One night when I was drunk, I realized that Raize was good looking—hot even, but he was dead inside. That was obvious, and the fact that he had no problem killing snuffed out any attraction I might’ve had. I tended not to look at Raize, or did it the least amount I could.

Another unofficial rule of mine? Don’t make eye contact with Raize. He might think you’re issuing him a challenge.

I’d been working for him for six months, almost seven. In this world, that was just about tenure. I was pretty sure I’d been won in a bet. I’d gone to a poker game with my previous boss. He went inside a room. Eight hours later, Raize came out, grabbed my arm, and we left.

I’d looked back, but my boss’ guys were just standing and staring. If they’d been going to put up a fight, they would’ve done so the second Raize touched my arm.

And, well, anticlimactic, but that’s how I came to work for Raize.

He’d turned to me in the car after I left with him. “You got a place here?”

I’d eyed him, warily, as I shook my head. “I was staying at Slim’s.” That was my previous boss from an hour earlier.

He’d grunted. “I got a room. You can use that.” But he must’ve had a new thought come to mind because he’d squinted at me after that. “You want your own place?”

I’d wanted to ask why. I’d come into this world knowing the score. If I worked for someone, I worked wholeheartedly for them. There was no half-in or half-out. We didn’t do taxes. Forms of ID were issued from what was ‘heard’ about you. Everything was cash. There was a normal world, that wasn’t this. We were all the way in the ‘other’ side of society.